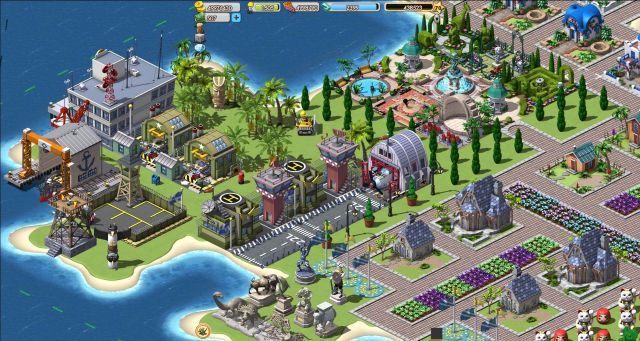 Game publisher Zynga, which has generated a huge audience for its Facebook-based casual games like Farmville, Frontierville and Cityville, has just announced plans to launch a more hardcore strategy game. The title is called Empires and Allies and according to Zynga's press release the game will officially launch on Wednesday. The game will be available worldwide in 12 different languages including Malay, Korean and Norwegian, a first for a Zynga game.

The game's fictional premise is that you are leading a nation that's been destroyed by a despot called “The Raven”. Your goal is to build your empire up and build up your military air, sea and ground units to fight against enemies. Along the way you will be guided by your personal military advisor Scarlett. Of course this is a game from Zynga so there's also a social element to it. You can team up with online friends to fight against the game's foes using special attacks. You can also tend to your friend's lands to help boost your own lands. You can even choose to invade your friend's lands for conquest.

Zynga's launch with Empires and Allies represents a new direction for the company which is by far the number one publisher of Facebook-based social networking games. While other games like Farmville have been more of a single player game with social help from friends this new title will be more of a multiplayer combat game. Zynga is launching this new title from its Los Angeles based studio which has a number of team members who have worked previously on EA's Command and Conquer PC game titles.