Samsung have three main wireless fast chargers currently available to buy. The original pad type first came out in 2015, followed by a stand version in 2016, which I reviewed here. This year, Samsung have combined the two formats to give buyers greater flexibility in a single package, whilst also moving with the times by adding a USB Type-C connector.

The new charger certainly looks a lot more premium than its predecessors, and the removal of the glossy finish will be sure to please people who hate fingerprints and smudges on their shiny gadgets.

Whilst visually a completely new design, the internals remain seemingly unchanged since 2015. The convertible charger retains the whisper quiet fan during operation, and this is probably a good thing. Last year's stand model I reviewed seemed to suddenly die on me some months later, and the pad version had issues as well. Luckily as I bought the pad version myself, Amazon were happy to do a straight swap with a replacement.

Searching online, it appears that there were many reported cases of the Samsung pads failing. This worries me slightly, since the internals don't seem to have been changed through each generation.

I guess the following months will tell if the convertible model has those bugs ironed out or not. 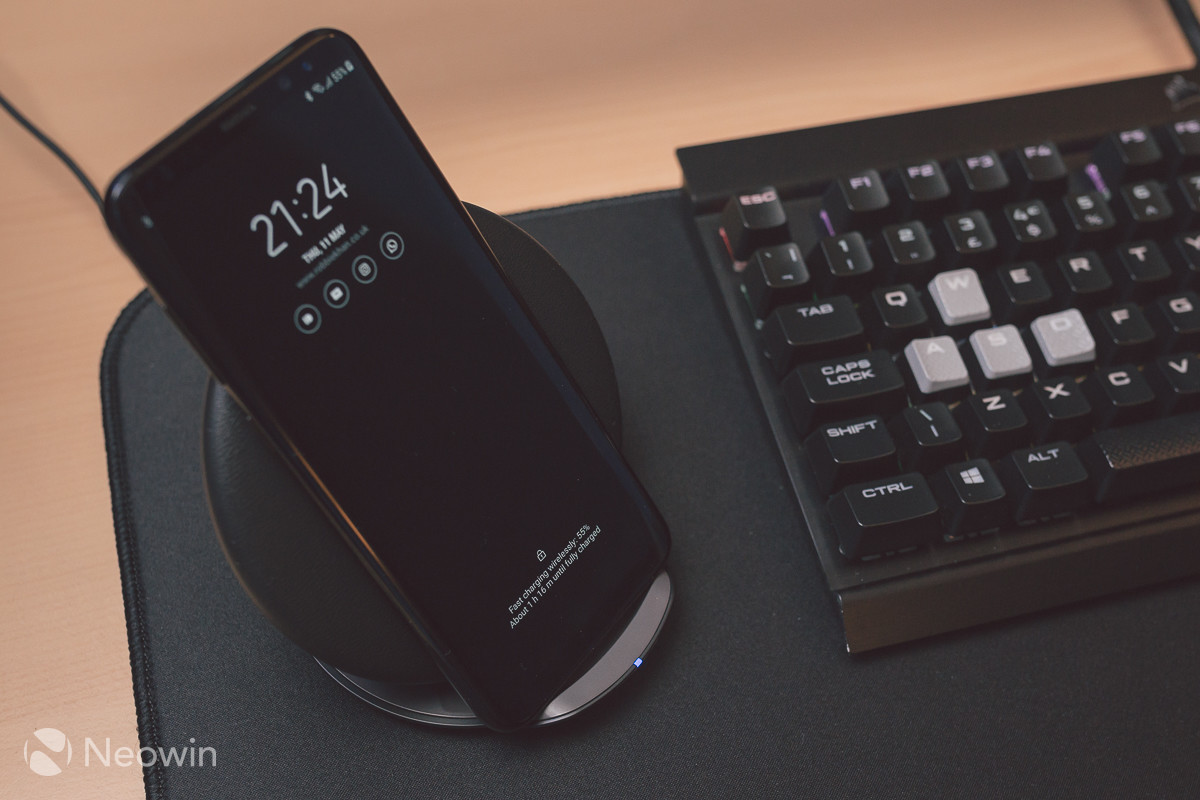 Samsung lists this new model as the one compatible with the newly released Galaxy S8 and S8+. The reality is that all three versions will charge all of Samsung's phones capable of wireless charging, along with any other device that supports the WPC/Qi standard.

The current price for the charger is $75.99 (USD) / £69.99 (GBP), and this retail sample was kindly sent to me by MobileFun, who have also created a promotional code allowing Neowin readers to get free shipping to the United Kingdom and United States. Simply enter the code NEOWINSHIP if you're in the UK, or NEOWINSHIPUS if you're in the USA.

The free shipping promo will run until the 10th of June.

Unlike the previous chargers, the new convertible model comes in a soft touch matte finish covering the entirety of the pad surface. The old stand was a shade over £60 at launch, and whilst it looked good, it felt very plastic by comparison to this new one. 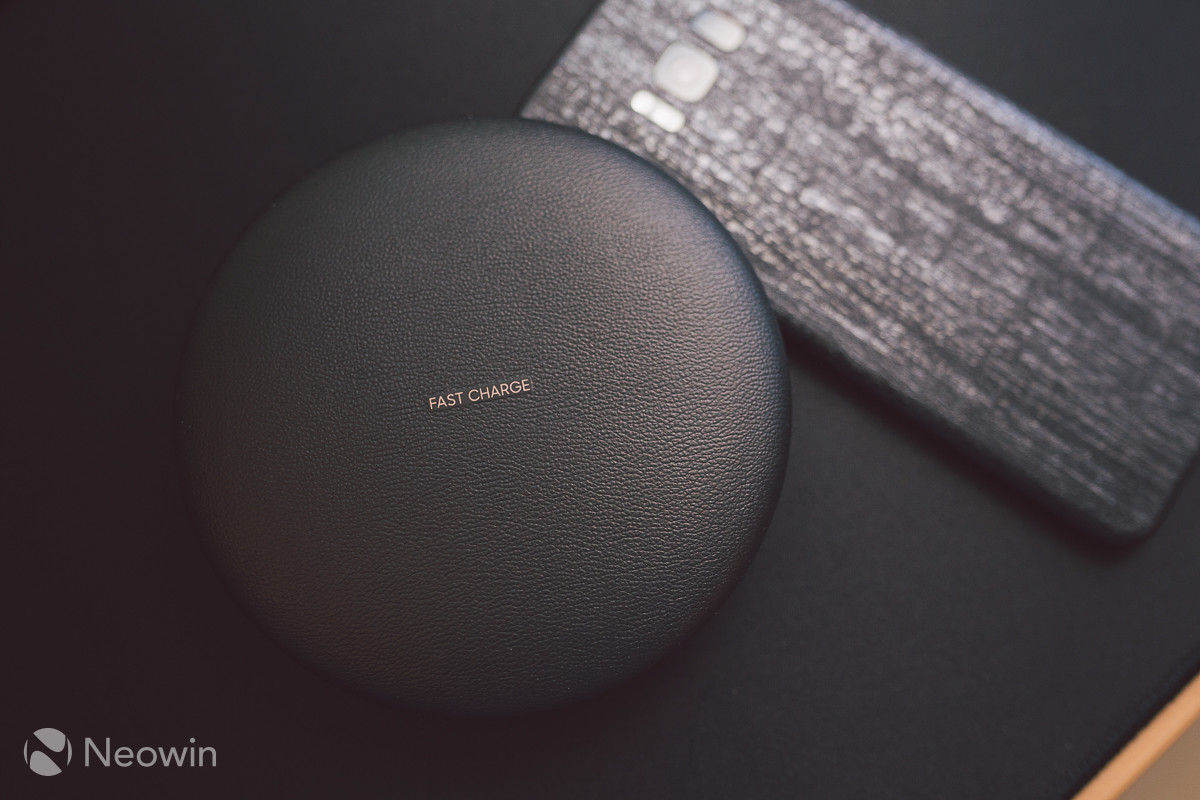 The convertible stand has a lot of heft, and the matte rubber material used reminds me of a German car's dashboard finish. If anything, this certainly looks and feels its price.

Switching between pad and stand modes is also very easy, and the slide mechanism used by Samsung is smooth, and high quality. 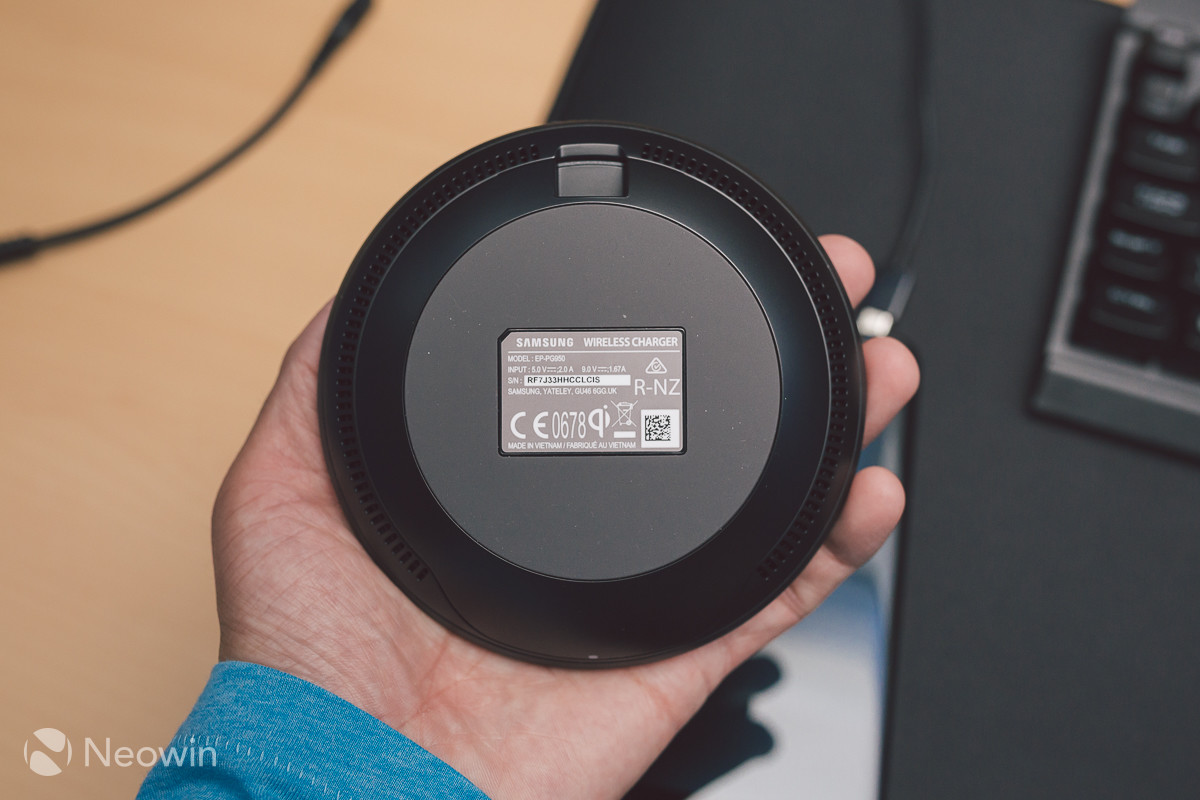 The underside has a large, smooth, non-slip surface area. However, as before, I feel this will also collect dust and lose its friction, requiring a wipe with a damp cloth to restore normal operation. Textured non-slip pads work much better in this regard. 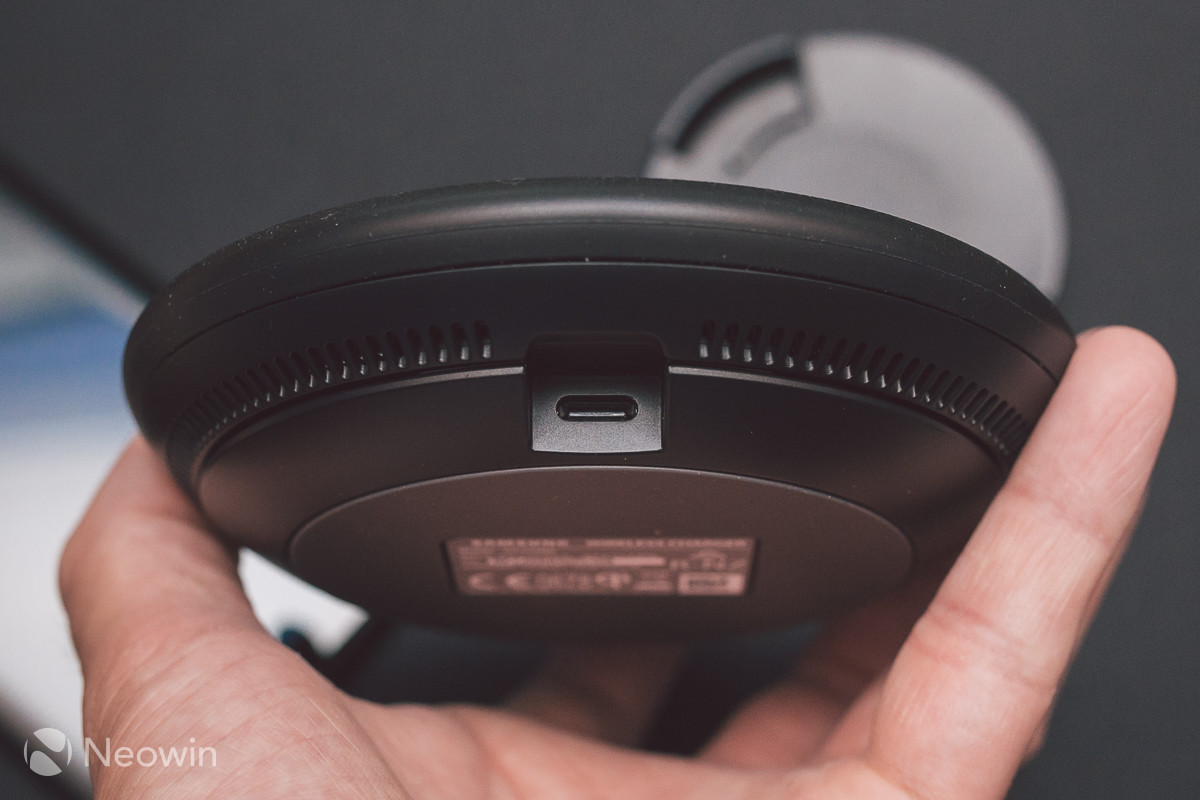 The adoption of USB-Type-C has been pretty good on 2017 devices worldwide. It's nice to see that Samsung has taken to using the new standard on the charger too. My only gripe once again is that the firm does not include a charger or cable in Europe, whereas in the USA, they include both. And it's not like we are paying less for the charger either!

Included in the box is also a Micro USB to Type-C adapter.I should add that this is only usable for charging needs, and cannot be used for data, as the pins for data on the adapter do not exist. 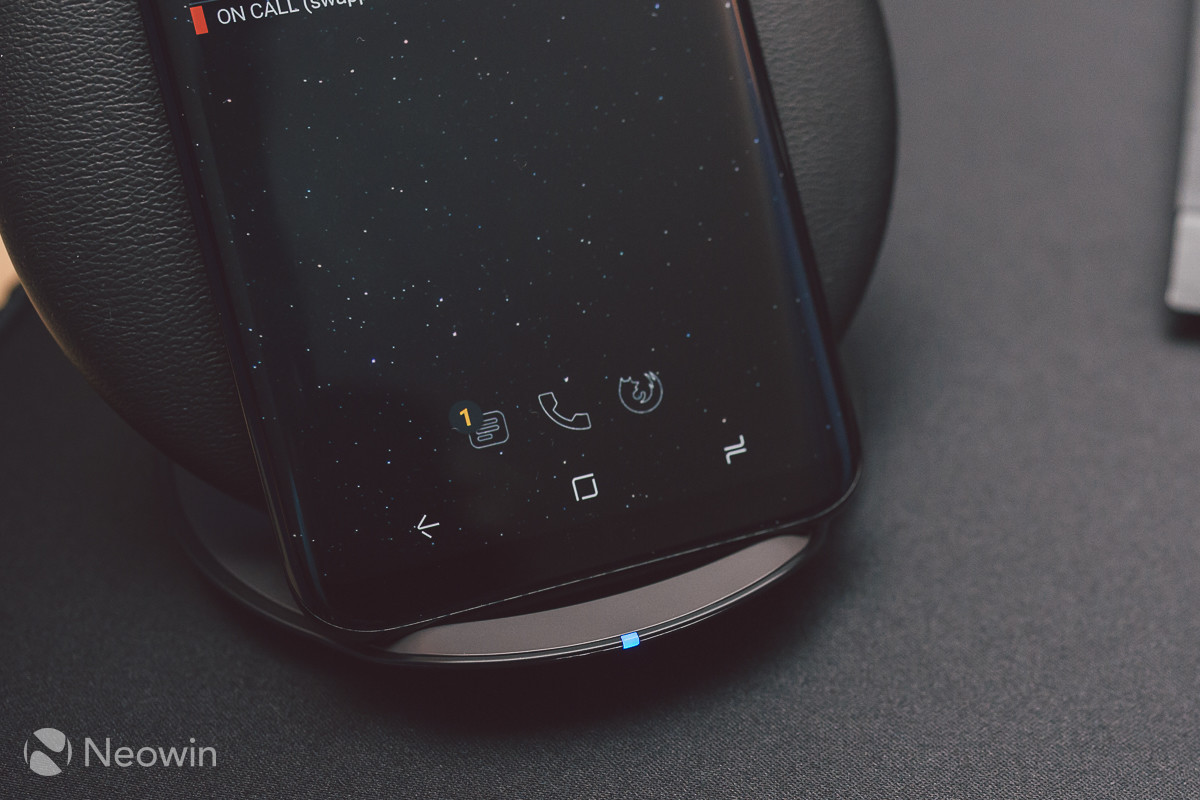 There is a single LED that displays three colours to indicate charging state. When no device is charging, the LED remains off.

I found that the notification LED is hard to see when the charger is in the pad mode, as the bottom of the phone restricts the view of it. Placing the phone slightly at an angle solves this issue.

Charging speed remains unchanged from previous models, and indeed any other fast wireless charger I have used on the same phones. The power specifications are compliant with Quick Charge 2.0, that being 9V and 1.67A.

Sadly, the exact same issue applies to the convertible, whereby only the Samsung Adaptive Fast Charger wall adapter will allow fast wireless charging, even though the voltage and current specs are exactly the same as any third party QC2.0 wall adapter.

Curiously, Samsung's adaptive fast charger wall adapter will allow fast wireless charging on third party wireless chargers no problem at all. So Samsung have for some reason blocked the use of non-Samsung fast chargers on these wireless solutions. 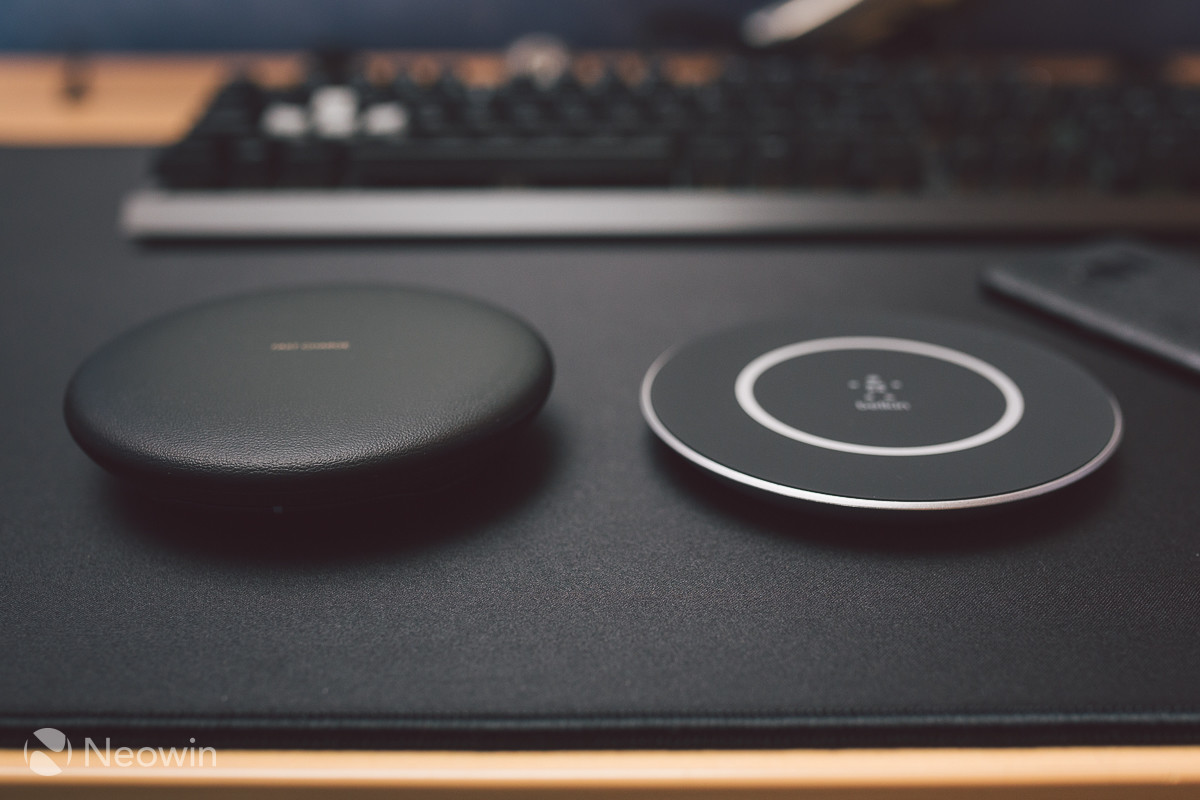 Compared to Belkin's 15W charging base, the Samsung one sits higher, but has a smaller footprint on the desk. The Belkin one feels very cheap next to the Samsung model. You'd never guess that they were both roughly the same price.

A full charge from 15% on the Galaxy S8+ takes around 2 hours and 30 minutes, but as usual, if you are regularly checking the phone, then expect the charge times to increase, since the output is only 5W when the screen is on. 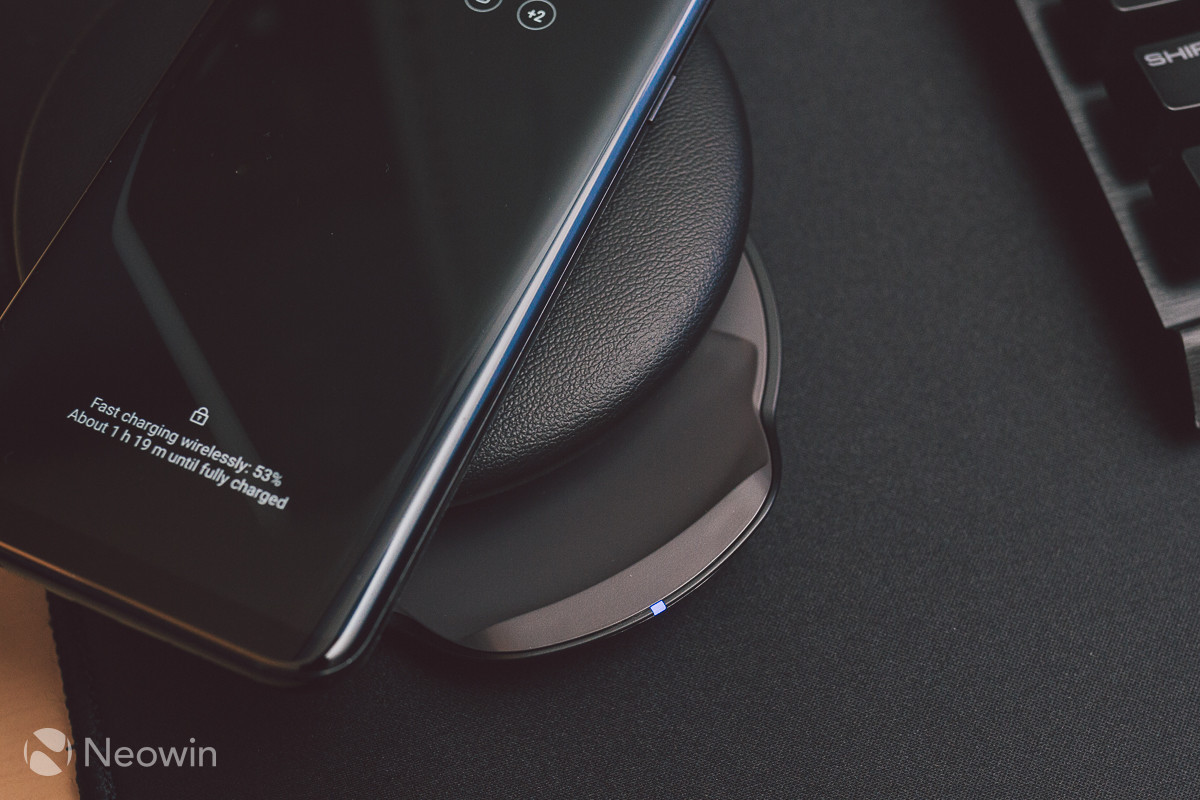 At present, only the Galaxy S6 edge+, S7, S7 edge, Note 5, S8 and S8+ support fast wireless charging. All other devices will fall back to slow wireless charging, which means a typical charge will take 3-4 hours, perhaps even more for larger batteries.

Galaxy S8 owners may want to purchase a white Samsung adaptive fast charger however. I found that if I used the black one that came with my S8+, then when there was no phone placed on the pad, the wall charger would make an audible electrical buzzing noise. 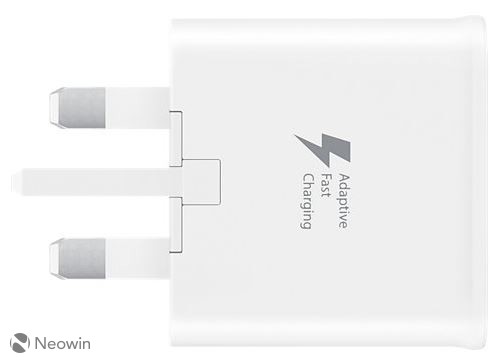 The white one that is sold separately, and labelled as a "Travel Adapter" - the same one that comes with the S7 series of phones - makes no such noise. It's not loud, but in a quiet room, it can be quite annoying if you're within close proximity of the wall socket.

The convertible charger does exactly what it says on the tin. It isn't without a few bugs of course, but on the whole, it is a marked improvement for the price over the older models, and it is nice to have an all in one package on this occasion.

I would say you are getting more product for your money this time round, although I fully expect the price to fall after a couple of months, since all of the older models went the exact same direction. 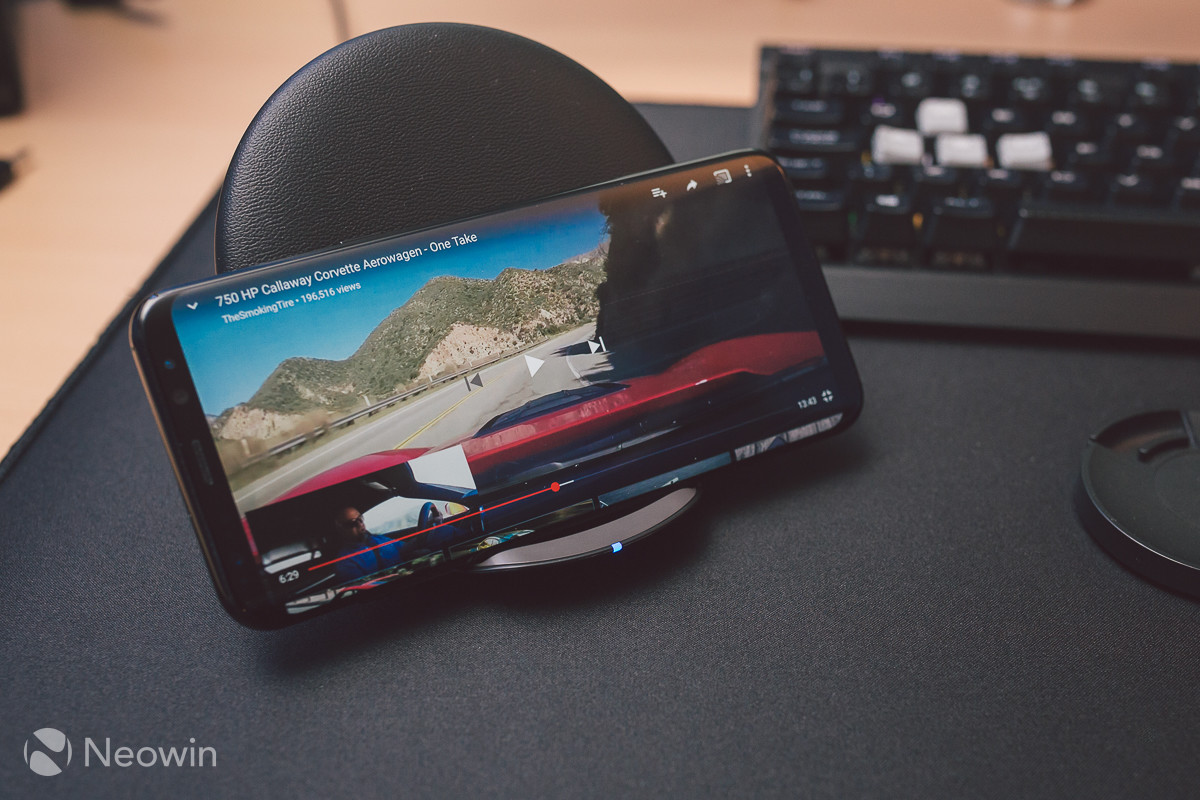