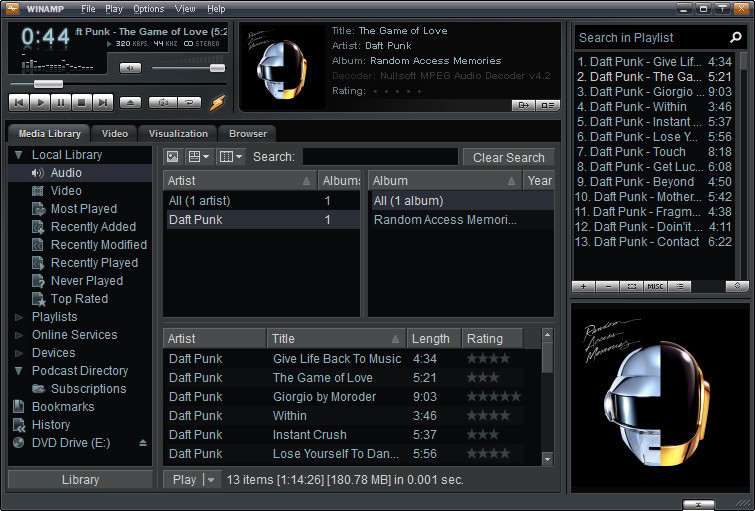 In addition, Winamp can play and import music from audio CDs, optionally with CD-Text, and can also burn music to CDs. Winamp supports playback of Windows Media Video and Nullsoft Streaming Video, as well as most of the video formats supported by Windows Media Player. 5.1 Surround sound is supported where formats and decoders allow.

ml_nft.dll adds an “NFT Library” view in the ML.

It’s currently an empty view with no content.
To display the necessary contents, it would require us to update the internal browser engine in Winamp to e.g. QtWeb/Chromium instead of IE10... which isn’t happening for 5.9.1

When clicked, it opens a page on winamp.com in your default external browser which includes all the instructions.

If you don’t have any music NFTs, and don’t ever intend getting any or using the feature, then you can deselect it in the installer options, or delete the DLL, or uninstall the plugin via Prefs, and that’s the end of it.

If you do have NFT music/videos and want to test the feature, then it supports exporting your NFT library to an m3u8 playlist, importing it into the Winamp ML, streaming playback and physical downloading of mp3, wav, ogg/vorbis, mp4, avi - and downloads of flac, mkv, and other supported formats.