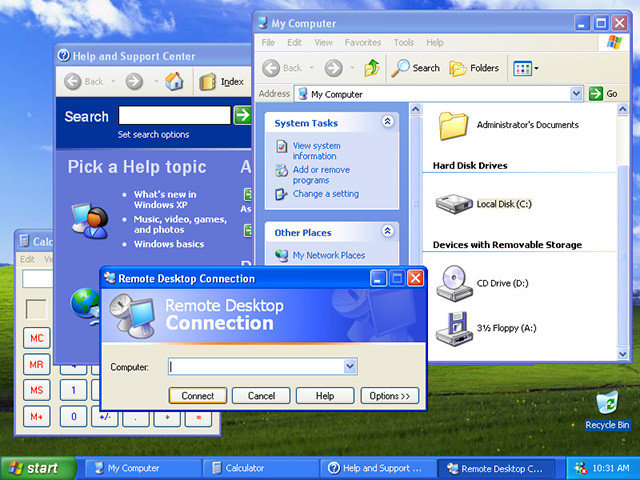 With just over three weeks to go before Microsoft releases its last software updates for Windows XP to the general public, a new report claims that 10 percent of the PCs used by the U.S. government will still be running the 12 year old OS when that April 8th support deadline is reached.

The Washington Post reports that even at 10 percent, that still means hundreds of thousands of government PCs will be using XP. That includes computers that are connected to classified military and diplomatic networks.

Even though Microsoft has been issuing warnings about the end of XP support for years, it appears that at least some members of the government felt that the company should have extended its deadline. The story quotes an unnamed U.S. State Department official as saying, "For all the money we collectively give Microsoft, they were not too receptive to extending the deadline. There was some grumbling that they were not willing to extend."

In fact, the report states, via unnamed sources, that in April 2012, Homeland Security and the White House’s Office of Management and Budget agencies created a draft of a plan to warn government agencies to stop using XP, but that plan was never acted on.

As Microsoft is doing with the U.K.'s National Health Service, as well as major banks, it will be offering special extended XP support contracts to the U.S government. However, some agencies are reportedly not going to sign up for those plans, believing them to not be necessary in terms of expenditures.

One of the reasons why the government has been so slow in transitioning off of XP is that many agencies use custom government applications on their PCs that run just on that OS. However, Microsoft claims that the government's transition off of XP will mostly be completed by the end of 2014.