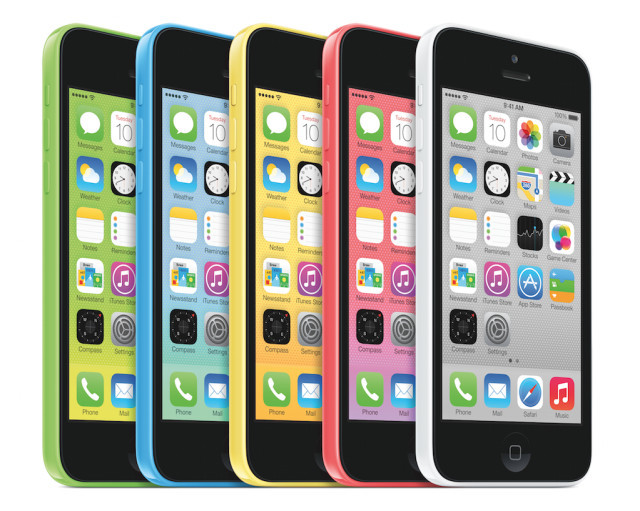 Apple is rumored to be launching a less expensive version of its iPhone 5c smartphone, which first launched in September, tomorrow. The report claim that the new model will only have 8GB of onboard storage, or half of the current low-end model's 16GB.

The report comes from the Germany-based Caschy's Blog, which claims that the 8GB iPhone 5c will go on sale as early as tomorrow on the wireless provider O2. The price is supposed to be 509 euros for the new version, compared to 569 euros for the 16GB model. If Apple is indeed going to launch a cheaper 5c with less storage in Germany, it stands to reason that it could also show up in other parts of the world tomorrow, including the U.S.

The idea behind the iPhone 5c was to give consumers a cheaper version of the iOS smartphone, with a plastic case that could also support multiple color choices. However, some unofficial reports have claimed that the 5c is well behind Apple's higher end iPhone 5s in terms of sales, though Apple has never given official sales breakdowns for each of its iPhone models. It's possible Apple wants to give the 5c a boost by offering consumers an even less expensive version to check out.