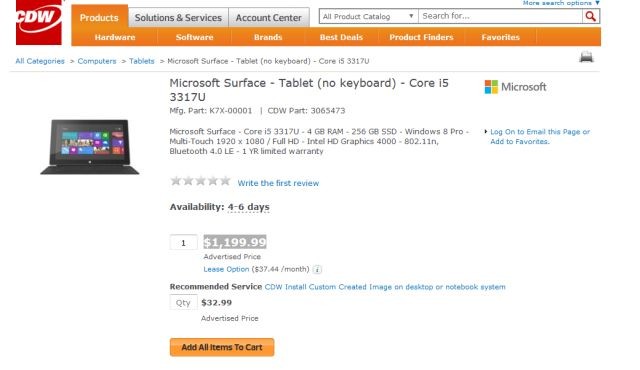 In June, Microsoft started offering a Surface Pro tablet with a 256 GB hard drive for sale in Japan. At the time, Microsoft made no indication that this version of the tablet would make its way stateside.

While Microsoft has still not officially said anything about this third version of the Surface Pro being sold in the US, WPCentral.com reports, via an unnamed Microsoft source, that the company plans to make an announcement about the 256 GB version "shortly". This would naturally give consumers and businesses even more of a choice when it comes to purchasing Microsoft's Surface family of tablets.

CDW is one of the new authorized US resellers of the Surface series of hardware products that was named by Microsoft earlier today. At the time, the company said it was working to have even more authorized commercial distributors and resellers in more countries in the next several months.