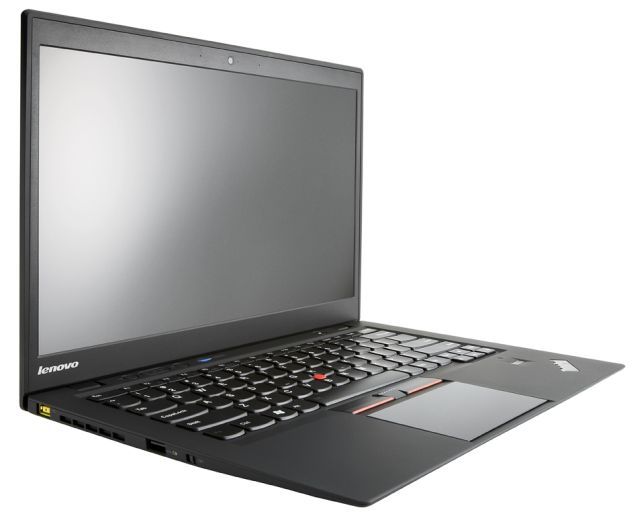 If you are looking for a laptop with a big screen, you usually have to settle for one that's also six or seven pounds, at least. If you want to get a light laptop, you usually have to settle for one with a small 10 or 11 inch screen. Now Lenovo has announced what sounds like the best of both worlds: a very light notebook that also has a sizable 14 inch screen.

It's the newest member of the long running ThinkPad family, the ThinkPad X1 Carbon. It's constructed out of a premium carbon fiber rollcage. The end result is a very thin and light notebook that weighs just three pounds but still has a 14 inch screen with a resolution of 1600x900. By contrast, the largest current version of the MacBook Air weighs just under three pounds but has only a 13 inch screen.

Other features of the ThinkPad X1 Carbon include optional support for an internal 3G wireless modem, a way to get a near full battery charge for the laptop in just 30 minutes, a backlit keyboard, a 720p resolution front facing camera and more. Lenovo isn't saying what the price will be for the Carbon X1 but it should be released sometime later this summer.