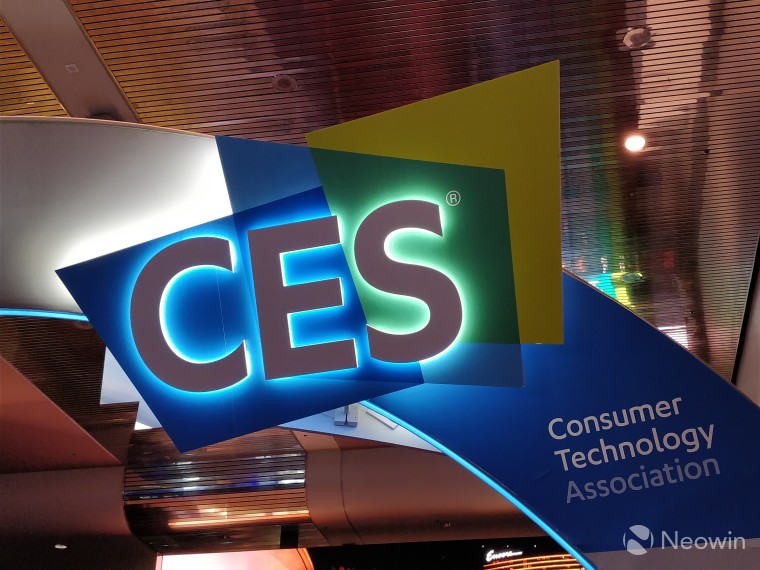 CES kicked off on Monday in Las Vegas, USA. The four-day event is crammed full of tech news and releases, but every year CES honors certain companies and products for breaking new ground and coming up with something exciting or new.

In 2017 some niche things like the Link AKC smart collar, for dogs, received a Best of Innovation Award, while the more mainstream LG and Samsung battled it out to see whose TV was the fanciest. The battle of the TVs appears to have resurfaced this year as LG has just announced its new lineup for 2018 and yesterday everyone got to see Samsung's 8K TV as well as its MicroLED "The Wall" TV.

TV battles aside, there were 31 Best of Innovation Awards given for 2018, and all of them are pretty interesting, but here are four that we thought were quite cool.

Buddy, the family robot, is kind of like a Siri, Bixby or Cortana except on three wheels and with a cute little digital face. The product has been developed by Blue Frog Robotics and has been immensely successful on Indiegogo. Buddy can be used to set reminders, set alarms, read messages aloud, recommend recipes, help kids with their homework, play music, answer calls, and fully integrate with your digital home management systems.

When you are not at home Buddy can patrol the house, turn off lights that were left on, notify you if there is someone it doesn't recognize in the house and also be used as a remote camera system for instance if you want to see if you left the oven on. Overall, Buddy appears to be a successful integration of a number technologies; facial recognition, smart assistant, and robotics just to name a few, this might explain why it received the Best of Innovation Award for Robotics and Drones this year.

Nuviz won the Best of Innovation Award for the Wearable Technology category. To put it simply, its kind of like a stripped-down Google Glass designed specifically for a motorcyclist's helmet. The device attaches to the outside of the helmet where the wearer can track their speed, follow a navigation app, make phone calls, take pictures, and play music. The Nuviz looks like a video game Heads-Up Display (HUD), which makes it easier for motorcyclists to keep their eyes on the road and probably a little safer.

The Wi-Charge basically tries to automate one of the biggest headaches of modern devices, battery charging. The product is a wireless charging unit that can be attached to any ceiling, simultaneously serving as a normal light, while it emits infrared beams to the receiver units which the user has attached to their devices. The fingernail-sized receiver unit then captures the light and converts this into electrical power through a photovoltaic cell in a similar way that solar panels work.

The Wi-Charge is a step up from normal wireless charging because it can provide power to multiple devices and the charging starts as soon as you place the device anywhere in the room in range and sight of the transmitter. If the rate of charging is fast and reliable enough and if Wi-Charges could be found everywhere, like in the coffee shop and offices seen in the promotional video, this might mean people would rarely ever need to lay hands on their charging cables ever again. Understandably the Wi-Charge won Best of Innovation Award for the Smart Energy category.

These smart wireless earbuds are a collaboration from Korean companies Naver and Line. In addition to using the digital assistant Clova, these earbuds make it possible for two people to have a conversation even though they don't speak the same language. Each person simply wears one of the earbuds and Mars will translate what the other person is saying instantly into your ear. The earbuds are capable of translating English, Korean, Mandarin, Japanese, Spanish, French, Vietnamese, Thai, and Indonesian.

Using Clova, the Mars earbuds can also be used to make calls, control other IoT devices, stream music, and a whole range of other voice-activated commands that can be expected of a digital assistant. Most headphones can barely manage half of what the Mars can do, let alone provide instant translation, so it's not surprising that it received a Best of Innovation Award for the Headphones category.

CES is now in full swing and these four products are only a small reflection of what won Awards for the event. If you were at all impressed by these products and want to see the full list of winners and Honorees please click here.