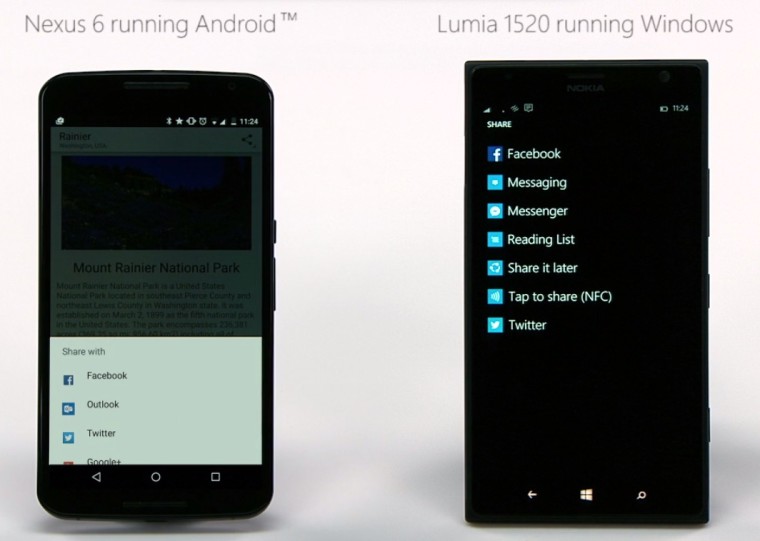 After an unrelenting amount of rumors regarding Android apps making an appearance on Windows, Microsoft finally revealed how they will accomplish this at BUILD 2015. Although applications for iOS and Android won't be emulated on Windows handsets, developers will be given new tools that will convert existing Android and iOS application code so they can be easily ported to Windows.

With the introduction of "Universal Windows Platform Bridges" at Build 2015, "Project Astoria" and "Project Islandwood" will allow developers to build universal apps, while minimizing the amount of time it would take to recode for Windows. If you weren't able to catch the demo during the live stream, Microsoft has released an in-depth video of the process which has been embedded below.

The availability of applications has been a huge pain point since the inception of Windows OS for mobile. While the OS has become better, there is still a lack of apps or updates from major developers. It's uncertain how successful this new approach to court developers will be, but it is certainly a far better solution than the one created by Blackberry. Microsoft seems to understand how to fix its evident app problem, now it is up to developers whether they want to embrace the tools offered.