In May, Acer revealed their Aspire R7 Windows 8 PC as part of its promotional tie-in to the movie Star Trek Into Darkness. It has a 15.6 inch display with a special hinge, called Ezel, that allows the Aspire R7 to work as a tablet, notebook, or even an all-in-one desktop PC. In fact, one of the configurations of the PC resembles the shape of Star Trek's Enterprise. 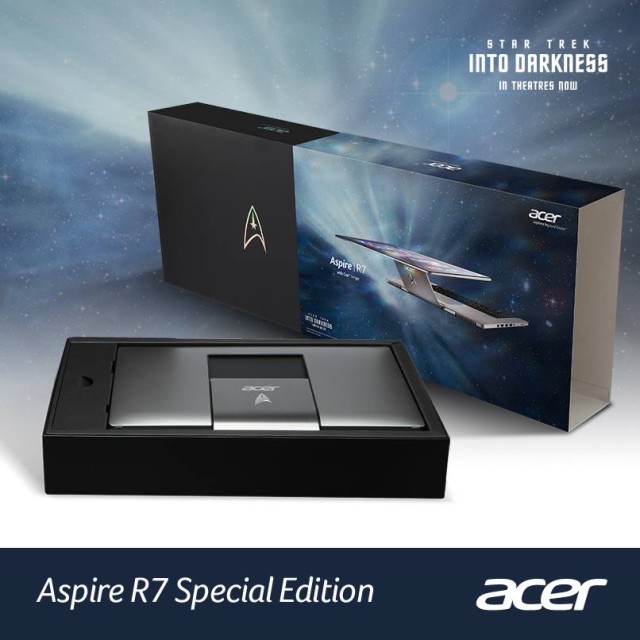 This week, Acer announced it had created 25 limited edition Aspire R7 PCs with Star Trek's Starfleet logo on the hinge. 24 of these 25 PCs won't be available to the general public but starting June 14th, Acer will offer the 25th special version of the PC in an eBay online auction.

The auction will run until June 24th with the proceeds given to two charities: The Mission Continues, which awards community service fellowships to post-9/11 veterans and Save The Children, which provides relief to kids all over the world.

If the price of the Star Trek Aspire R7 Limited Edition is too high for you to bid on, the auction will also have two Star Trek Into Darkness movie posters, signed by that film's cast, to cast a bid on as well.