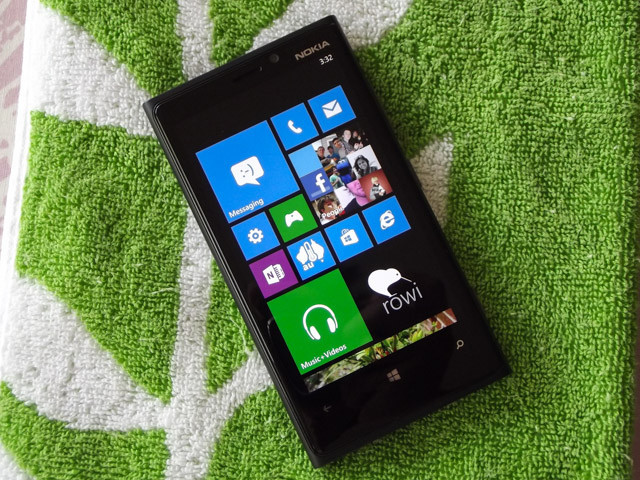 Without a doubt, the flagship smartphone for Microsoft's Windows Phone 8 launch in late 2012 was Nokia's Lumia 920, thanks in part to a number of distinctive features such as its wireless charging and its advanced PureView camera. Now a new report claims that the Nokia Lumia 920 has become the most popular smartphone that uses a version of Windows Phone.

WPCentral.com reports that, according to data provided by online ad company AdDuplex, the Lumia 920 is now used by 14 percent of all Windows Phone device owners. The previous leader was the Windows Phone 7.5-based Nokia Lumia 800, which launched in fall 2011. However, the difference between the Lumia 920 and Lumia 800 is so small they have the same percentage when the numbers are rounded up. 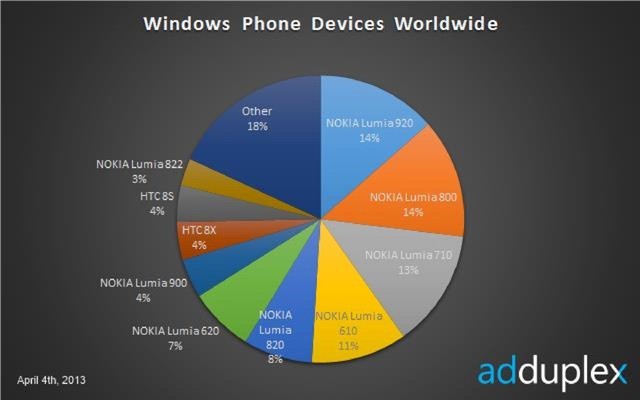 Nokia is by far the biggest hardware maker for Windows Phone devices, with AdDuplex claiming its numbers show the Finland-based company controls a whopping 80 percent of the Windows Phone market. Eight of the top 10 Windows Phone-based smartphones were made by Nokia. HTC is a distant second, with their Windows Phone 8X and 8S smartphones each claiming four percent each.

AdDuplex also claims that, according to their data, Windows Phone 8 users consist of 43 percent of the total Windows Phone user share, with the Windows Phone 7 share currently at 57 percent.