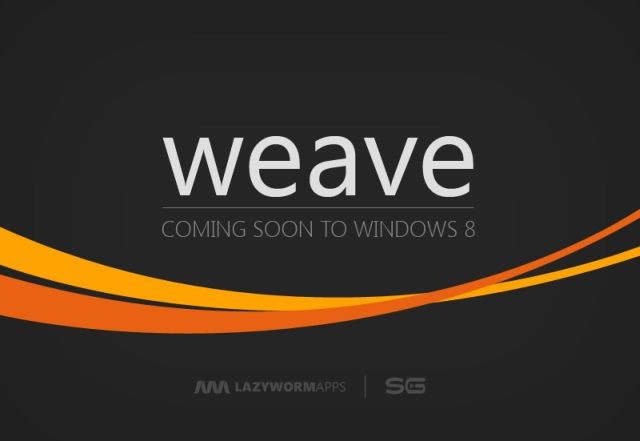 Lazyworm Applications, the developer responsible for the popular third-party Tweetro+ app for Windows 8 has just announced their next Windows 8 project. The New Zealand-based team will bring the popular and acclaimed Weave news reader app from Windows Phone to Windows 8.

Weave was first released in 2010 for Windows Phone 7 via Seles Games and has gone through a number of versions over the past two and a half years, including a more recent version for Windows Phone 8. The app has many features similar to those found in Flipboard and Pulse, and offers a number of customization options. It also lets users quickly share articles with others.

In an email press release sent to Neowin, Lazyworm states it will be in charge of development for the Windows 8 port of Weave, which should launch sometime in June, with Seles Games acting as its publisher. Atta Elayyan, managing director at Lazyworm Applications, stated:

Weave has proven to be a popular solution on Windows Phone and I believe it has even more potential on Windows 8. We now have an invested interested in Weave’s ongoing success and have been given full creative control over the project so expect an experience that is in line with all other Lazyworm products.