AdDuplex released its monthly Windows 10 usage report today, which is based on about 5,000 Microsoft Store apps that use AdDuplex SDK v.2 and higher. The data was collected on August 27. 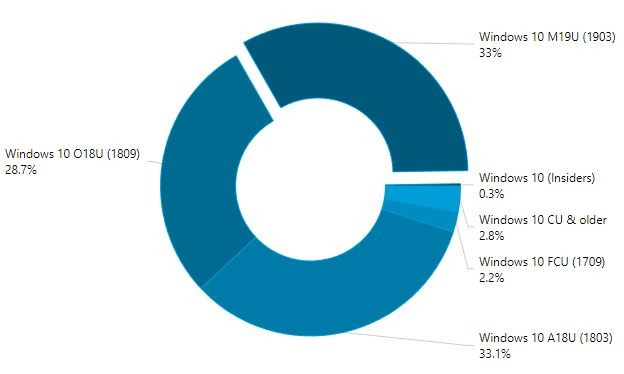 As you can see, the May 2019 Update, or version 1903, is now on about a third of Windows 10 PCs. That's nearly triple of what it was last month. The reason for that is because Windows 10 version 1803 support is ending in November, so Microsoft is finally starting to auto-update users.

Obviously, this is the fastest pace that version 1903 has seen adoption since its launch. Remember, Microsoft originally said that it wasn't going to force this update on users, as it has done in the past. The only reason it would do so is if the version that you're on is nearing the end of support. That's why version 1809 is nearly stagnant in terms of usage, and version 1803 is declining so quickly.