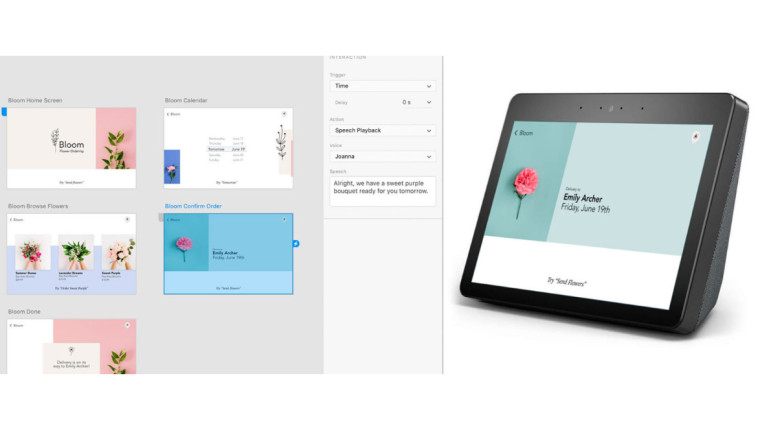 Today Adobe introduced a new set of prototype voice tools and an Adobe XD skill for Alexa to integrate XD with Alexa-enabled devices like the Echo Dot or Echo Show. The San Jose-based company's design tool can now use the newly introduced tools to export and preview voice prototypes on all devices equipped with Amazon's voice assistant.

The newly introduced Adobe XD skill which enables users to access and interact with prototypes through voice on Alexa-enabled devices is the first Alexa skill ever to be created by Adobe.

Users can access the new functions by installing the Amazon Alexa plugin through the XD Plugin Manager. The Adobe XD skill can then be enabled using the dedicated Alexa application or through the Alexa Skills Store. The Amazon Alexa XD plugin allows users to export prototypes to Alexa, making it easier to preview them on Alexa-enabled devices.

“It’s our goal to provide designers, developers, and creators with the support they need to build great voice experiences with the tools they are familiar with. We’re excited to work with Adobe to help Adobe XD designers more easily prototype their Alexa skill experiences, and give their vision a voice.”

Voice capabilities for Adobe XD were initially launched in October 2018. The latest additions build on the previously released voice prototypes, resulting in a wider set of functions and integration with Amazon's Alexa.