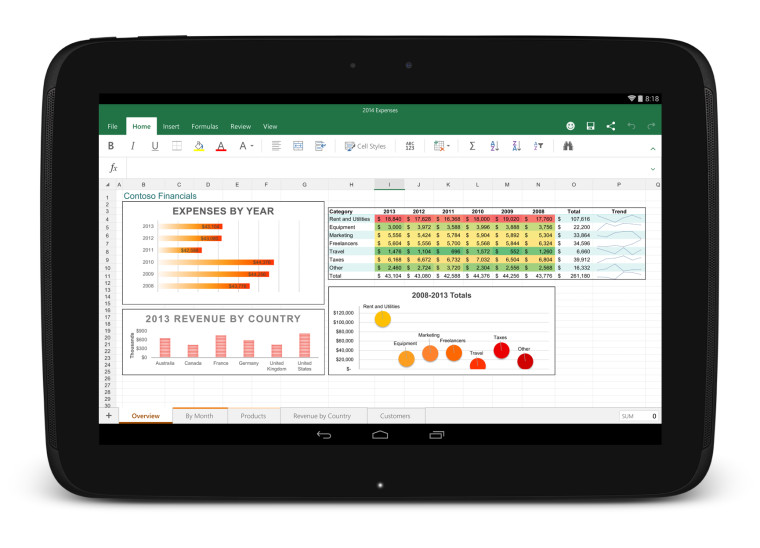 Earlier this year, Microsoft released a preview version of Office for Android and the company is announcing today that the apps are graduating. This means that the company considers these apps feature complete for the first major release and that they are stable too.

The apps are going live in the Google Play store sometime today, though it might be a few hours from now, so make sure to check the store often if you are looking for the new apps as they should be arriving very soon.

The beta period of Office for Android saw quite a bit of activity from users with Microsoft saying that the apps were downloaded 250,000 times in 33 different languages in 110 countries. With more than 3,000 Android device variants covering more than 500 models with different sizes and hardware capabilities used to test the apps, you can begin to understand the complexity of supporting these apps on a wide variety of hardware.

Seeing that Office is the most used productivity suite on the planet, this is a big win for Android users. With Office now on this platform, it means that consumers can access all of their Office documents on a mobile device with a familiar set of features and interfaces while using a tablet of their choice.

The apps will be published today, so check the Google Play store for the updates as Microsoft has submitted the apps for publication which means the ball is in Google's court for when they go live.