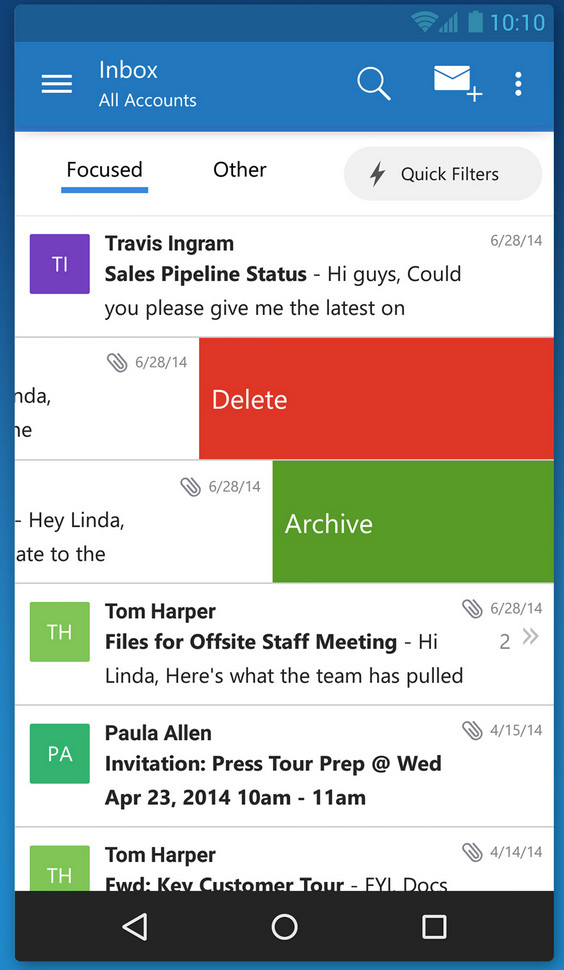 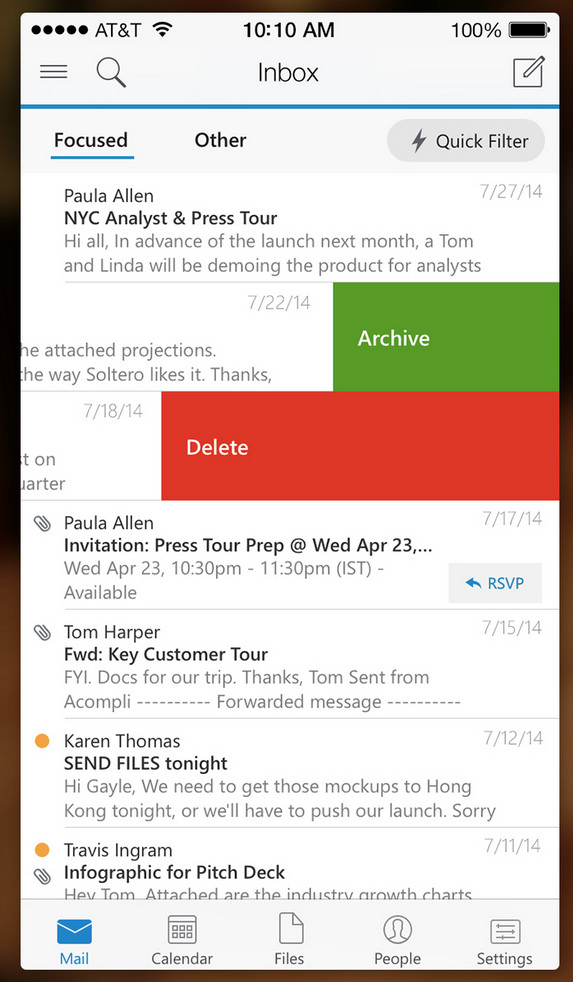 Back in December, Microsoft announced that they had acquired Acompli, a company that built high quality email apps for both iOS and Android. Following that acquisition, the company is announcing today the availability of Outlook for iOS and a preview of Outlook for Android.

The apps are going live in the iOS App store and Google Play stores today and will provide a high quality email experience along with traditional Outlook features.

These apps, along with Android Office apps being finalized today too, are all about Microsoft making sure it has its products where customers are consuming content. With the company no longer saying that Windows will be first, as noted by the fact that both iOS and Android now have touch versions of Office available while the Windows version is still in development, it lets consumers choose the device that works best for them and still allows them access to Microsoft software.

While Acompli received high praise before Microsoft purchased the company, the question remains is if the apps are good enough to separate themselves from the dozens of other email applications in the app stores. Of course, having the Outlook branding will certainly help, but only time will tell if these applications are able to carve out their own slice of the app market share pie.

You can grab the Microsoft Outlook Preview app for Android or iOS here.