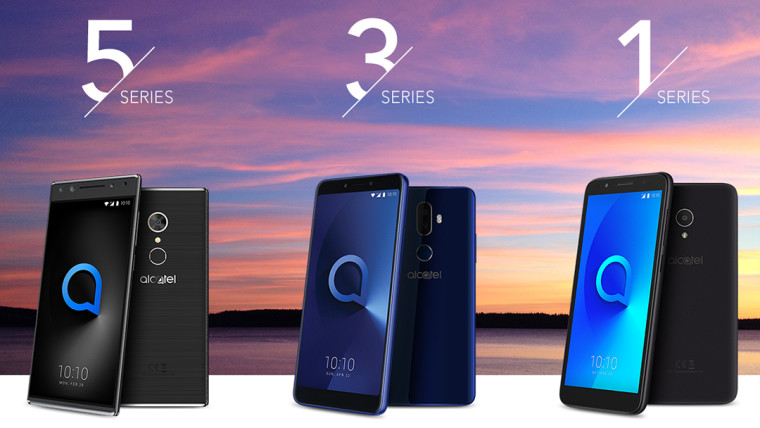 We went hands-on with the Alcatel 5 and 3V at CES 2018, getting a glimpse of what Alcatel had planned for its Mobile World Congress (MWC) reveal; last week company teased the lineup headed for MWC on Twitter. Today, as promised, the firm officially unveiled the Alcatel 5, 3, and 1 series handsets at a press event. The lineup includes the Alcatel 5, 3X, 3V, 3, 1X, and the 1C.

The Alcatel 5 sports a near bezel-less 5.7 inch 18:9 aspect ratio IPS display with an HD+ (1440 x 720) screen resolution. The bezels are nearly non-existent on the sides and the bottom, compensated by the top bezel for the usual crop of sensors and cameras. The phone packs a MediaTek MTK6750 octa-core processor with 3GB of ﻿RAM and 32GB of internal memory, expandable via a microSD card up to 128GB. However, the device comes with Android N out of the box.

As for cameras, the device sports a single 12MP rear camera with a dual LED flash. Alcatel says that the rear camera can be interpolated to capture 16MP images. The front-facing camera, however, packs a dual-camera 13MP + 5MP set-up and also includes front-facing flash. Interpolation works with the front-facing shooters as well.

On the security side of things, the device not only employs a rear fingerprint sensor but also includes a facial recognition feature that Alcatel calls ‘Face Key’. The company claims that the device can be unlocked in “less than half a second” with the face unlock feature. The phone comes with a Type-C connector and includes ﻿fast-charging.

The Alcatel 3V sports a 6-inch 18:9 aspect ratio IPS 2.5D curved display that packs a 2K (2160 x 1080) screen resolution. The phone comes with a MediaTek MT8735A quad-core processor with 2GB of RAM and 16GB of internal storage, expandable upto 128GB via a microSD card. However, unlike the 5, the 3V runs Android O out of the box.

In the camera department, the phone comes with a 12MP + 2MP dual-camera setup at the back ﻿and a single 5MP front-facing shooter. Like the 5, the 3V houses a rear fingerprint sensor along with the Face Key face recognition feature.

The Alcatel 3V is available for €189.99 (approx. $233) in Spectrum Black, Blue, and Gold colors; it's odd that the lower-cost 3V offers a higher resolution screen that the company’s flagship offering, the 5.

Priced slightly lower than the 3V, the Alcatel 3X sports a 5.7 inch 18:9 aspect ratio IPS display with an HD+ (1440 x 720) screen resolution. It comes with a MediaTek MT6739 quad-core processor with the same storage options as that of the 5. The 3X runs Android N out of the box.

The phone houses dual 12MP + 5MP cameras on the backand a 5MP lens on the front. The fingerprint sensor is placed at the back of the device, with no mention of the face recognition feature.

The lowest-priced device in the 3 series, the Alcatel 3 sports the same screen as the 3X, but with a 5.5-inch display size. It also packs the same processor as the 3X but borrows its storage options from the 3V (2GB RAM + 16GB storage). The device ships with Android O out of the box.

As for the camera, no dual-camera setup is present for either side. The phone make do with a 13MP rear camera and a 5MP front-facing camera. The fingerprint sensor, like with all its siblings, is present at the back. 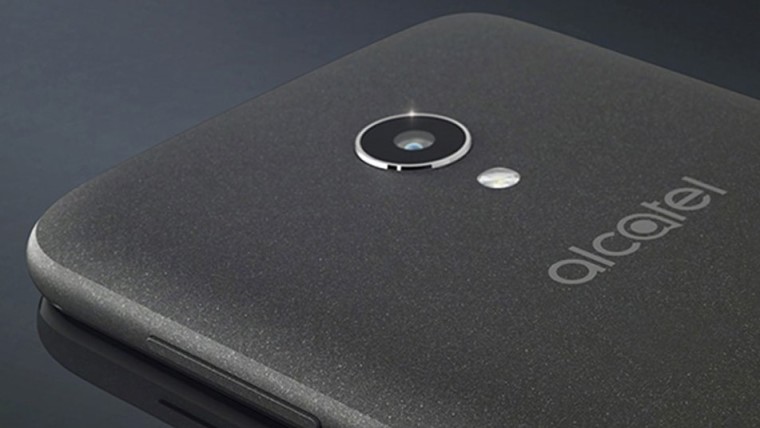 The most affordable of the line-up and the company’s first Android Oreo (Go edition) phone, the Alcatel 1X, packs a 5.3 inch 18:9 display with a single rear-facing 13MP camera. The highlight of this device is that it runs the optimized version of Android O, known as the Go edition built for entry-level smartphones with lower memory specifications. The 1X packs 1GB RAM.

Along with the optimized OS, the device will also come with a new suite of popular pre-installed Google apps that are less demanding in terms of resources. These apps include Google Go, Files Go, Google Maps Go, Youtube Go, and Gmail Go. Chrome, Google Play, and Gboard have also been optimized for performance. It will also feature the Google Assistant for Android (Go edition).

This device is aimed at the masses that are first-time smartphone users or users that are looking for low-budget devices.