Technology moves at an ever increasing rate and terms and phrases grow and change. The Chinese smartphone world has its own set of phases and phrases, and enthusiasts or prospective buyers are sometimes overwhelmed by this independent electronics universe. You've probably seen me use certain specific terms in some of my news articles or reviews, and hopefully this editorial will go some way to cover some of those terms or technologies that are either already in use or will be in use over the next year.

2.5D screens were, as early as I can remember, first used by Nokia on their Windows Phone range, and it was slowly adopted by other products like the Galaxy Note 4 and iPhone 6. 2.5D screens are defined -- as simply as possible -- as where the edges of the glass do not come to a 90 degree stop and instead round off. That is, rather than the edges of the glass being flat, they are contoured. The benefits to this are both visual and ergonomic, with the visual appeal being that the screen sort of "bubbles" out with less pronounced bezels and the ergonomic benefit being that it's simply more comfortable in the hand to hold.

They are all the rage in the Chinese world right now, with a number of phones supporting the technology, from the Oppo R7 to the Xiaomi Mi Note, but a lot of the smaller players are getting in on it too, including Ulefone and Oukitel with the Ulefone Be Touch and the Oukitel U8 and U9. We're going to start seeing a lot more jump on the bandwagon, so this is definitely something to look out for in the future of smartphones and tablets. 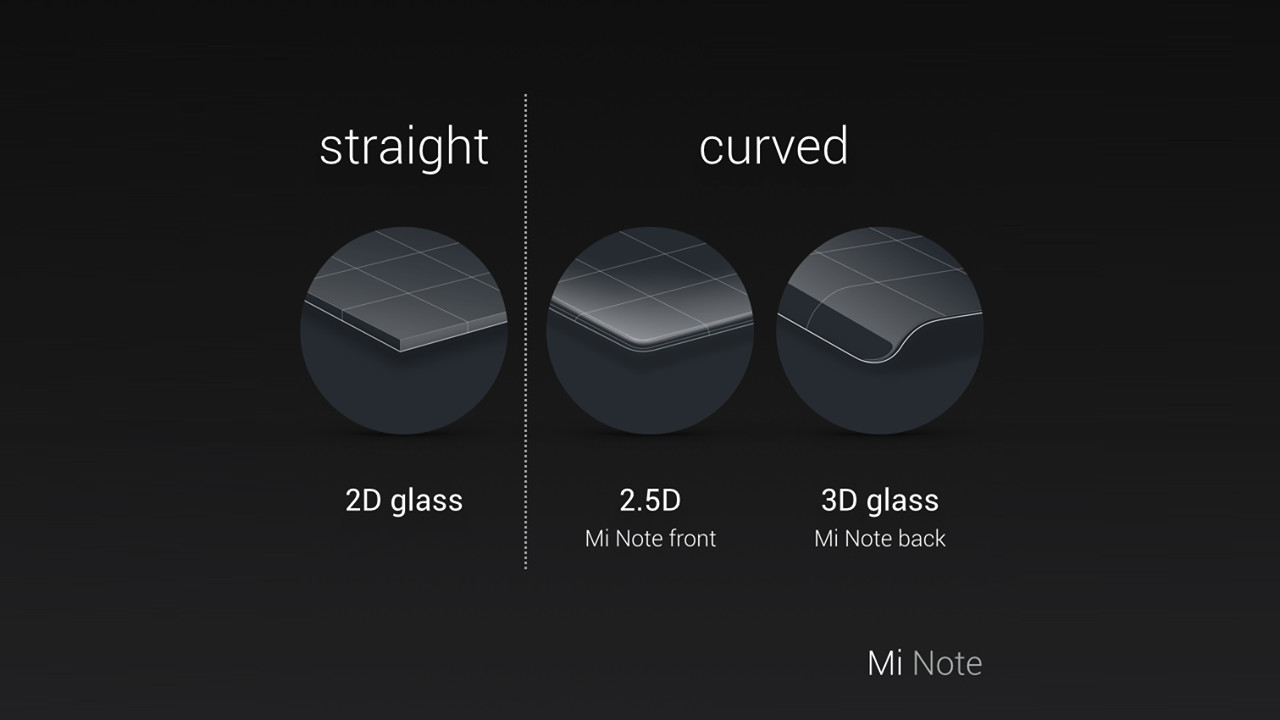 Brace yourselves for 1440p and 4K displays. The current standard for the Chinese smartphone industry is 1080p, but in the next few months we're going to see a progressive shift to a higher 1440p resolution becoming the standard for flagships.

But while 1440p displays are already here and present in a number of phones, it's really the 4K displays that will be coming and shaking things up. 4K on phones is defined as having a pixel resolution of 2160 x 3840, and on a 5.5" phone this will mean a pixel density of about 806 pixels per inch (ppi). It's nuts, and crazy, and probably useless, but it's something to keep an eye on as it just might happen. Higher pixel density usually requires better battery technology, more efficient displays and more efficient SoCs. So even if you're not a fan of higher resolutions, it comes with a bunch of other goodies as well.

Whoever you've been praying to - whether it has been God, Zeus, Batman or Neil deGrasse Tyson - it has paid off. We're heading towards 3000 mAh becoming a de facto minimum, and smartphones with ~3400 mAh becoming standard. This is coupled with plenty of "battery centric" smartphones that have ridiculous >5000 mAh batteries and days-long battery life. This was being seen in a number of different Chinese phones over the last year, with the number steadily rising since. Most Chinese manufacturers have adopted a long-life battery mantra and the technology is only getting better. Oh and quick charging can also be thrown in there, at least in some cases.

Sometimes, though, a single battery isn't enough. A couple of manufacturers have taken to putting two batteries in a smartphone rather than just one, and in all cases this has developed into significantly higher battery life, with an overall capacity of 6000 mAh or more. I'm personally predicting that if single-cell battery tech in general doesn't improve, this will slowly become more and more of a thing, and I can imagine at least a few Chinese smartphone manufacturers getting in on this sort of dual-battery tech within the next year.

But multi-cell battery tech is a lot less about higher capacity and much more about charging time. Having two battery cells means that the phone can theoretically charge twice as fast, and when coupled with quick charging technology (like Qualcomm's Quick Charge 2.0 or MediaTek's Pump Express Plus) you could have a dead 6000 mAh phone charged to 60% in around 25 minutes. Now that's something! 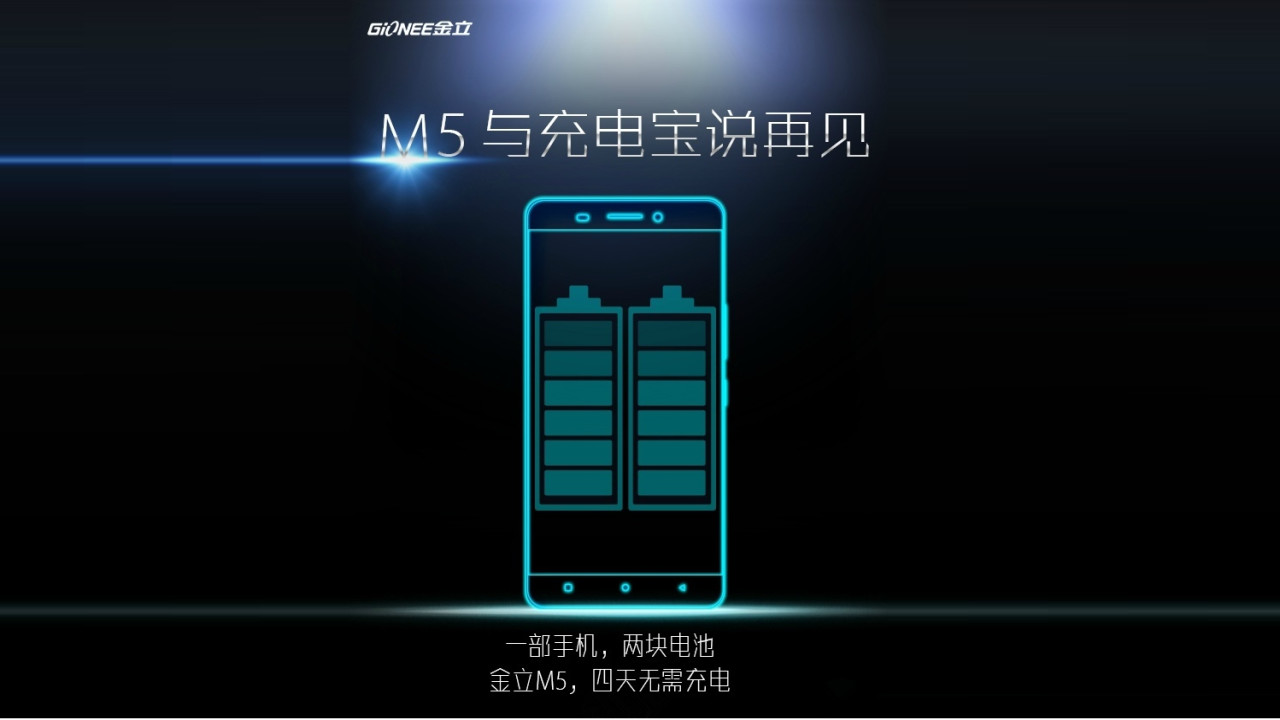 Displays usually have bezels going around the edges, sometimes artificially placed there to stop a user from accidently touching the screen when holding the phone. It's usually present in Chinese phones because it's cheaper and considered to be? fairly outdated tech. But the ultra-thin bezel is coming to the Chinese world this year, and it's worth keeping an eye out for.

There are display bezels which border the screen and there are physical bezels which border the phone itself, and in this I'll cover the phone's physical bezels. Apple is certainly a trendsetter when it comes to Chinese tech (or the greater electronics industry in general, really) and the iPhone 6's bezels have had a fair bit of impact on Chinese smartphone design concepts. A lot of manufacturers already are or are going to be putting out phones with bezels that look a lot like the iPhone's. While it doesn't do much for originality, they seem to be producing it with a high level of quality, meaning that at least for bumps and falls the phone should be able to take a bit more of a beating. 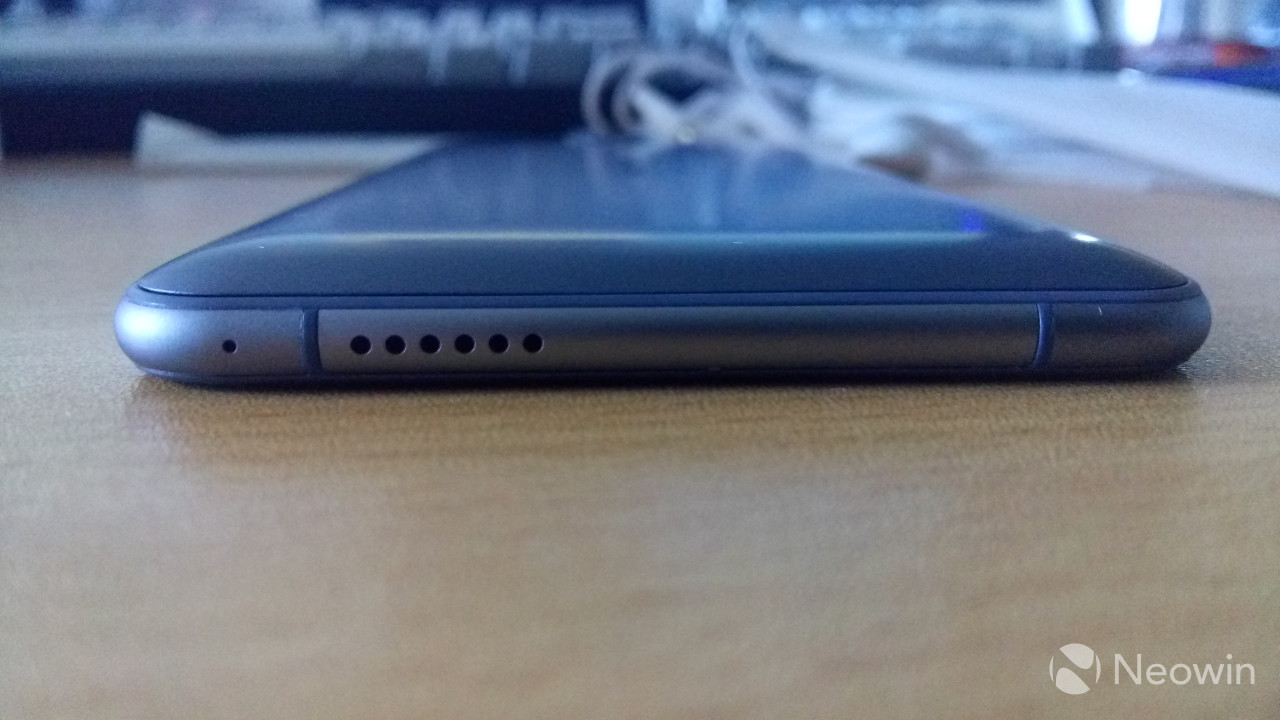 Metal bezels are already a thing, but a couple of companies have hinted that they're looking towards developing phones with metal bodies and rear covers. This is more speculation than anything rooted in fact, but I'm fairly confident we're going to see every other company releasing a phone which is mostly made of glass and metal, with a very little amount of plastic to be seen.

4 GB RAM will be entering the scene

2 GB RAM is the minimum that should be looked at for any serious low-end phone, and 3 GB RAM has become the de facto standard for anything that's not low-end. But 4 GB RAM will be entering the scene in a few months and will finally help to act as a marker for separating Chinese phone tiers. Because Chinese phone tiers are so difficult to separate by price, being split into 2 GB/3 GB/4 GB RAM classes will help make that distinction.

A ROM image usually refers to the Android OS and what sort of distribution it is. You're probably familiar with CyanogenMod, which is considered a ROM on its own. Other ROMs that float around include Xiaomi's MIUI, Meizu's Flyme OS, Lenovo's VIBE and Huawei's EMUI. The list is basically endless as ROMs, much like their Linux distribution cousins, are a dime a dozen. But phones with varied ROM support should be take into consideration, as it usually means there is a community behind the product, or the manufacturer has actually dedicated decent resources to a software engineering team. This year there seems to be a lot more emphasis on this, as companies like Elephone take charge in ensuring there are a wide variety of ROMs available for most of the phones they put out.

While fingerprint scanners have been mainstream for a while now, the Chinese world only really adopted the technology this year. This started with the traditional "swipe" fingerprint scanner and has matured into the more complex fingerprint sensors that simply need to be touched once for a finger to be read, analyzed and matched. These are being integrated into both the home button and more typically onto the rear of the phone, with the former being more exclusive than the latter.

MediaTek currently has two main SoCs: the MT6572 and MT6532. Both have the same GPU, but the former is an eight-core and higher clocked version of the latter. The former is what you find in flagships right now, and the latter is what you find in low-end phones. There are also M variations in both chips, and the M variation is basically an underclocked 3edition of the chip. Both of those SoCs will soon be paired with the MT6753 and MT6735 respectively, which are roughly the same chips but slightly underclocked with worldwide LTE support. Yes, worldwide means worldwide, including North America. No, the current chips don't really support LTE in North America.

But that's what's currently on the table. The near future for MediaTek involves the MT6795, which is an overclocked version of the MT6572 with an improved PowerVR G6200 GPU clocked at 700 MHz, which has just shy of 90 gflops. While this is still a far cry from Qualcomm's GPU offering, it's still almost double what the MT6572 has and is more than enough for any game available on the Play Store.

Following that, we're going to see the worldwide LTE become standard for all future MediaTek releases, and that will be solidified with two more chips: the eight-core MT6755 and the deca-core MT6797 (yes, that's ten cores). If you're an American, the Chinese smartphone world will suddenly get a lot more interesting towards the end of the year.

Last year the Chinese smartphone world really under-performed with the only innovation being that 8 MP sensors were being interpolated and sold as 13 MP. A giant let down. For the last few months we've seen a giant uptick in Sony IMX 214 sales, however, and over the next year we'll probably be seeing a lot of improvement in this arena. Camera technology is one of the last few avenues where manufacturers are able to make themselves stand out, and we'll likely see camera sensors like the 21 megapixel Sony IMX 230 making their way into smartphones. MediaTek has already shown off 480fps super slow-motion video recording, and it's only natural that we see manufacturers support such features.

Well... that's it. That's the Chinese smartphone world for the next 12 months in a nutshell, and the majority of terms, concepts, SoCs and technologies you'll be coming across. Of course there will be things that weren't listed above, such as phones with the ability to dual-boot Android and Windows Phone or smartphones running on fairly interesting x86 Intel chips, but most of that is self-explanatory anyway.

Some images courtesy of Xiaomi, Gionee