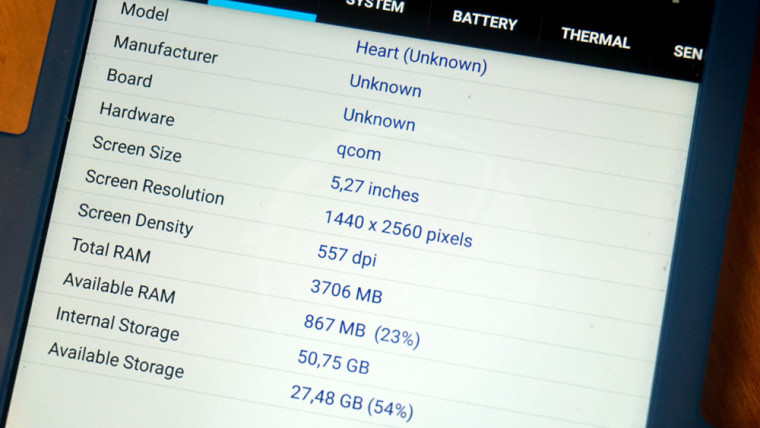 An unannounced Nokia-branded smartphone, alleged to be the Nokia 9 made its first appearance in a leak yesterday. And now the device has also appeared in a Geekbench listing , it even managed to get a better score than some of the latest Android smartphones from other manufacturers.

HMD Global has so far only launched entry-level and mid-range Android devices since its inception earlier this year. The Nokia 9 is expected to be the top end offering from the company with a dual 13-megapixel camera, 4 GB of RAM, 64 GB of storage and the latest Qualcomm Snapdragon 835 chipset. It is also said to feature a 5.3-inch WQHD display with an impressive 530nits maximum brightness.

According to the Geekbech listing, the device scored 7770 in Geekbench 3's multi-core test and 2255 in its single-core test. Although, the version of Geekbench used on the prototype is a dated one, it's still an impressive feat for an unreleased device to have a better score than its competitors such as the Samsung Galaxy S8, the Sony Xperia XZ Premium and the Xiaomi Mi6 in terms of benchmark performance.

Since HMD Global has revealed that it will ship its Nokia smartphones with a near stock version of Android 7.1.1 Nougat, it is likely that the device will give better real world performance as well. We are yet to hear about the company's plans to launch any new smartphones, but leaks have suggested that the Nokia 9 could be the upcoming flagship from the Finnish firm.