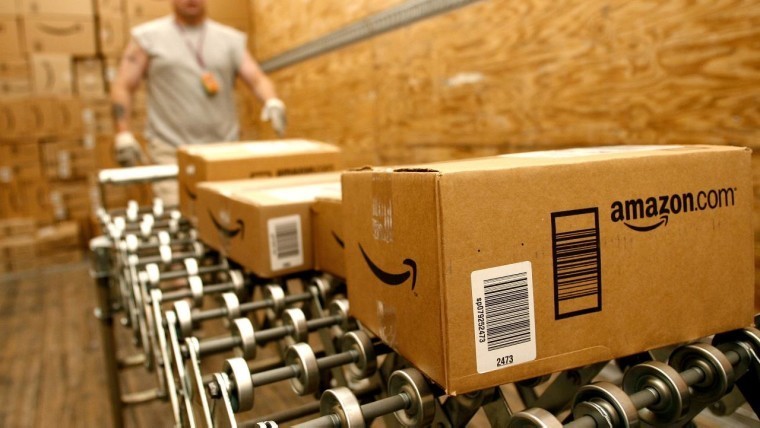 In the UK, Amazon has gotten some criticism in the past for the way it treats workers in its warehouses who are usually rushed off their feet to get packages ready to send off in a speedy manner. Now, the company has been issued a pair of patents which will let the company develop a wristband that helps guide workers to parcels but can also be used for tracking purposes.

The patent explains how the wristband will be used for tracking workers:

It’s not guaranteed the the wristband will actually be deployed by Amazon, however, if it does, Amazon will have sensors to triangulate wristband signals to determine where the worker’s hand is positioned, and then software is use to match the position with the item that the worker has been sent to retrieve. Once the hand is close, the wristband is designed to send a burst of buzzes to let the wearer know they’ve found the item.

While it’s an entirely different system, it is reminiscent of the details we’ve heard about the recently-opened Amazon Go store in the U.S. which tracks customers around the store and logs what items they pick up.