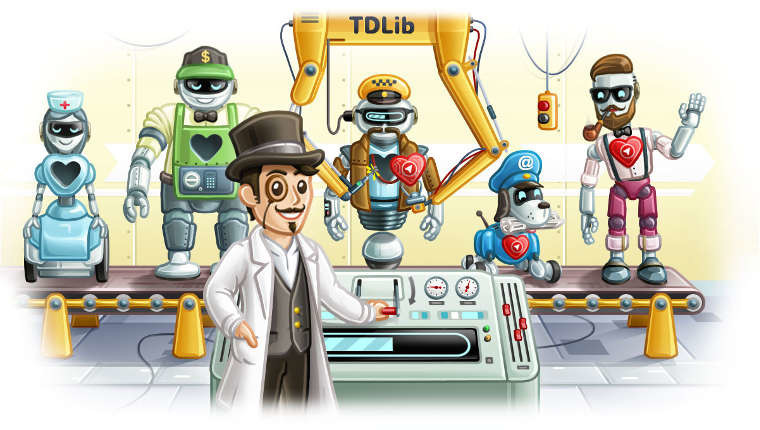 TDLib is significant because it handles all network implementation details, encryption, and local data storage. This means that developers no longer have to worry about those items and can instead focus on the design, building responsive interfaces and incorporating “beautiful animations.”

TDLib is fully documented and all the code is available on GitHub making it very accessible. To further the goal of accessibility, it is available on all platforms including Android, iOS, Windows, macOS, and Linux. The library is compatible with any programming language that can execute C functions, too; it also has native bindings to Java and C#.

“TDLib will remain stable on slow and unreliable Internet connections and guarantees that all updates will be delivered in the correct order. All local data is encrypted using a user-provided encryption key.

The library is fully asynchronous and optimized for high performance. We use TDLib in the Telegram Bot API, where each TDLib instance handles more than 18,000 active bots simultaneously.”

The new Telegram X client which was made available on Android is an example of what can be done using TDLib. The developer behind Telegram X was able to reproduce all the major features of Telegram for Android, and add plenty of his own features in one year using TDLib.