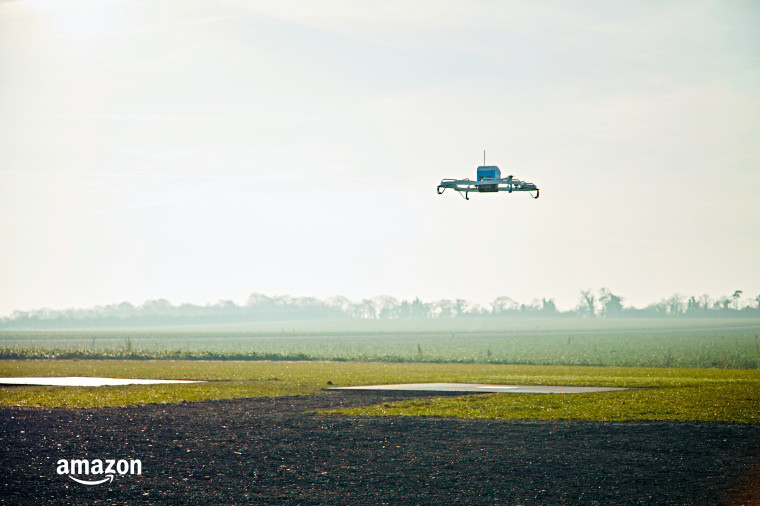 Amazon's first successful drone delivery has taken place in Cambridge, England, by delivering a Fire TV Stick and a bag of popcorn to a nearby customer. The order took just 13 minutes from checkout to delivery, rising nearly 400 feet on its two mile journey.

The delivery is Amazon's first step in its beta-testing process for its Prime Air service, which takes advantage of autonomous drones to deliver parcels without any human involvement along the way. According to WIRED, Amazon was granted permission from local authorities to fly its drone beyond the line of sighting in rural and suburban areas, a vital aspect of making the service viable.

The company will analyze the data obtained from the beta testing before expanding to 'dozens' of customers in the future. Customers involved in the process will be able to order small packages seven days a week, providing it's daylight and the weather conditions are good.

We've been aware of Amazon's plans for quite some time, with predictions it wouldn't be ready for testing until 2018. It seems that - with cooperation from the local authorities - the prospect of drones delivering packages may take off sooner than expected.