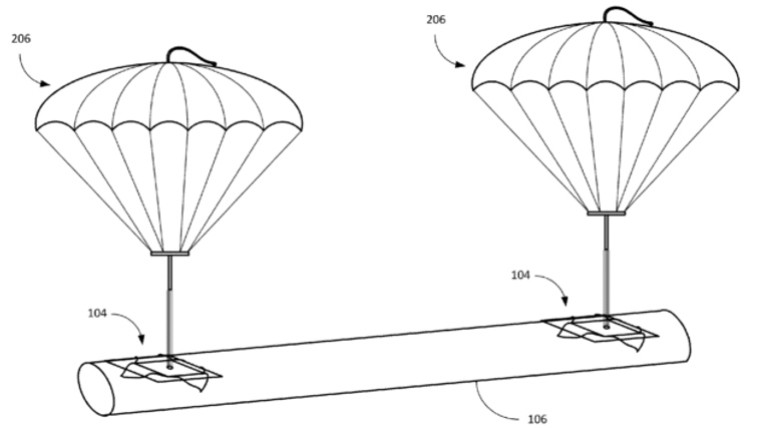 Last year in the UK, Amazon showed us the first delivery of a package using one of its drones. Now the company has just been granted a patent for a label that turns into a parachute, which by the diagrams, suggests a very different delivery method for the Amazon Prime Air drone system.

The patent was awarded on Monday by the US Patent and Trademark Office, although Amazon had filed the patent some time ago in August of 2015.

The patent appears to show one of Amazon’s drones dropping a label, that upon release, unfolds into a parachute, which then descends to the customer's drop location. The diagrams also show multiple labels andparachutes being used on larger packages. In all the previous ideas presented by Amazon, the drone would usually land and release the package on the ground.

That said, it is important to note that this concept is currently still nothing more than a patent. What is apparent though, is Amazon’s commitment to its drone delivery system, as the company has been probing all sorts of ideas, such as the potential for a sort of a flying warehouse for its drones.

We will need to wait to see if this patent transforms into a reality, as currently, Amazon needs to traverse lots of testing procedures, and still needs to satisfy various aviation and regulatory authorities before packages start being dropped in people’s gardens.