Amazon have just unveiled at an event today the next generation of their eReader devices, except this one is going to be in direct competition with Barnes & Noble's Nook Color tablet. The unveiled device is the heavily rumoured Amazon Kindle Fire, which is a 7-inch Android-based tablet that will be going on sale for the extremely low price of just US$200. It is essentially a “souped-up version of the Kindle”, according to Bloomberg, citing Amazon executives. 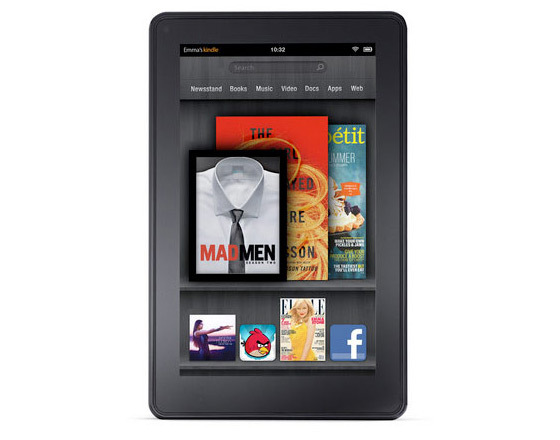 The exact specifications of the device at this stage remain unknown, but for this low price you can't really expect much. There is no 3G modem inside, no microphone or camera and it will come with just WiFi to access Amazon's massive online collection of books to browse and purchase from. On that note, the Fire will also come with a 30-day free trial of Amazon's Prime membership (usually $79 per year), which grants users free two-day shipping for products and access to their video streaming service.

The Amazon App Store is also reported to be on the device, allowing users to browse over 10,000 applications from Amazon's very own store. Again, it's unknown whether the device will also ship with the Android Market, but considering the Amazon nature of the tablet, we highly doubt it. A web browser will also be included, which has been described as “lightning fast.”

This is indeed very big news for the tablet market, as the incredibly low price and Android backend will surely make it a favourite for those looking for a cheap tablet with the possibility of customization (like the Nook Color). More details of the tablet should be revealed as the event goes on.

Update: Specifications are coming in, the Kindle Fire will have a 7-inch IPS panel with an unspecified dual-core processor inside. It will weigh 14.6 ounces (413 grams), and will be shipping out on November 15.

Second Update: Also included in the Kindle Fire will be Amazon's Silk browser, which shares the workload of pulling down and rendering webpages between the device and Amazon's EC2 cloud service. Amazon calls it "Dynamic Split Browsing", where everything can be done locally or remotely. Amazon will also be able to optimize the content it's sending down for the device, such as downscaling images to the size of the display.

Third Update: Managed to hunt down some exact specifications. The Amazon Fire will be powered by a TI OMAP 4 dual-core processor, it will have a 1024 x 600 7-inch IPS panel, come with 8 GB of onboard storage and WiFI b/g/n. Its maximum battery life is rated for 8 hours, will weigh 14.6 ounces (413 grams) and will be 11.4mm thick.