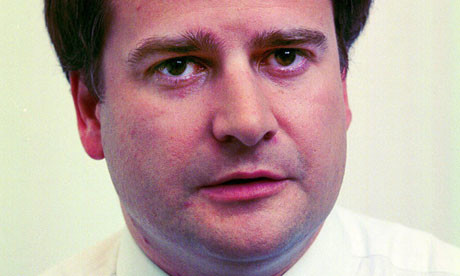 Caspar Bowden, formerly of Microsoft, claims he no longer uses a cell phone due to privacy concerns.

The revelations over the summer concerning the National Security Agency and their use of the PRISM program to access information from a number of technology companies continue to come up in the media. Microsoft has repeatedly stated that it only gives up information to agencies such as the NSA, "only when we receive a legally binding order or subpoena to do so, and never on a voluntary basis."

This week, the Guardian website reports that Caspar Bowden, was in charge of Microsoft's privacy policy in 40 countries, claims that he was not aware of the PRISM program while he worked at the company from 2002 to 2011. Bowden did not serve as a privacy adviser for Microsoft in the U.S.

Now that he has left the company, Bowden believes that the NSA PRISM program undermines democracy. In a speech during a privacy conference in Lausanne, Switzerland a few days ago, he said:

The public now has to think about the fact that anybody in public life, or person in a position of influence in government, business or bureaucracy, now is thinking about what the NSA knows about them. So how can we trust that the decisions that they make are objective and that they aren't changing the decisions that they make to protect their career? That strikes at any system of representative government.

As for himself, Bowden says, "I don't trust Microsoft now." He also claims to practice what he preaches, saying he has not used a cell phone for two years. He also uses open source software for his computing needs so he can examine the code.

Microsoft is in the middle of a legal battle with the U.S. government, claiming that it should have the right to disclose more information to the public about the requests it receives from government agencies.