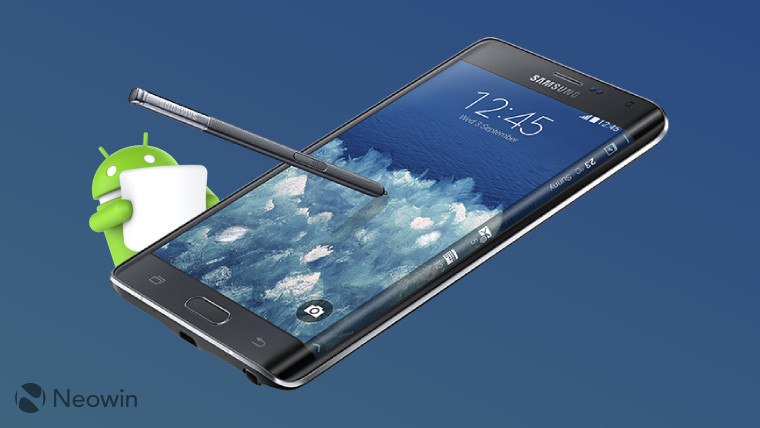 Verizon has been on a roll lately with upgrading its range of Samsung devices to the latest version of Android. In the last couple of months, the US carrier has released Marshmallow for the Galaxy S6 and S6 edge, Galaxy S5 and Galaxy Note 4.

Now, it's the turn of Galaxy Note Edge, the high-end handset that Samsung unveiled back in September 2014. Android 6.0.1 is now rolling out over-the-air for those who purchased the device from Verizon, bumping its software version up to MMB29M.N915VVRU2CPD1.

As with the Galaxy Note 4, Verizon's update for the Note Edge includes everything in the standard Android 6.0.1 release, along with support for Wi-Fi Calling, Ultra-High-Quality Audio (UHQA) and Android for Work.

But as on the Note 4, be aware that Amazon Music has been removed as a pre-installed app; this shouldn't remove the app from your handset if it's already installed, but if you ever reset the device to 'factory settings', you'll have to download Amazon Music again manually.

Google released Android 6.0 Marshmallow eight months ago. This week, the company revealed that it's now installed on 10.1% of active Android devices, more than doubling its presence over the last two months alone.