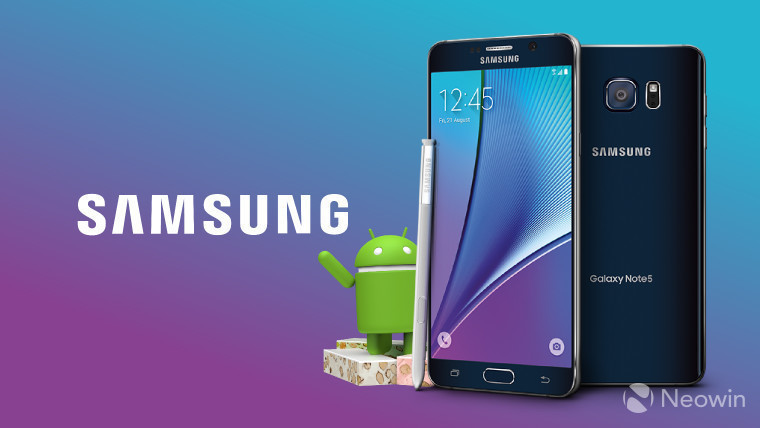 Samsung began its rollout of Android 7.0 Nougat for the Galaxy Note5 in mid-March, and for the Galaxy S6 edge+ a week later. Now, a week after Sprint updated those devices, the update is making its way to both handsets on AT&T.

Customers of the carrier are reporting that the build number for the Note5 update is NRD90M and the file size is, as expected for an OS update, quite large at 1.4GB. That means a Wi-Fi connection to download the update is required. In addition to Nougat, AT&T’s OTA update includes the March 2017 Android security patches.

AT&T has updated its support pages with a changelog for the Galaxy S6 Edge Plus. The build number for that update is also NRD90M, with the file size at 1.51GB. It also brings the March 2017 Android security patches, and adds Samsung Cloud, and Samsung Pass apps, while also removing some other apps like the AT&T Address Book, MobiTV, and AT&T Live.