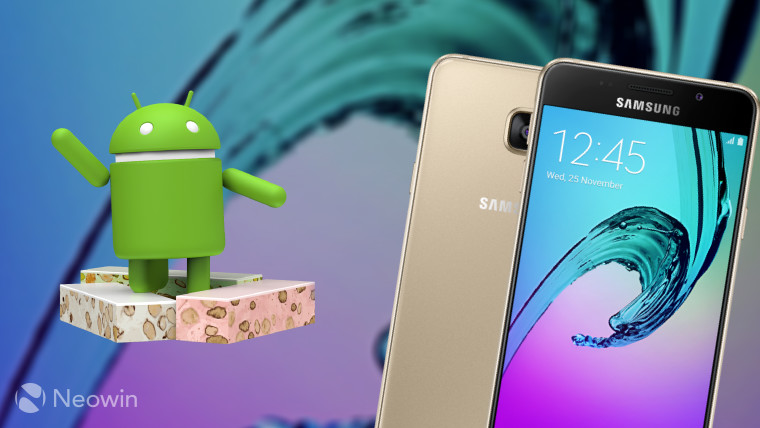 At the beginning of May, Google's official figures revealed that Android 7.0 was running on 6.6% of active Android devices, over eight months after its original release. The Nougat rollout has been as long and slow as those of earlier Android versions, and many manufacturers still haven't brought the update to large numbers of their devices.

On the same day that Google published those figures, Samsung began rolling out the Nougat update for its Galaxy A5 (2016), starting in Russia. Today, the update has become available for that device in India, along with the Galaxy A7 (2016).

As SamMobile reports, the update is around 970MB for the Galaxy A7 (2016), and is likely around the same size for its smaller sibling. In addition to the various improvements that Android 7.0 brings, the update includes Samsung's revised user experience, which debuted on its Galaxy S7 flagships last year.

As with all such major updates, this one is likely to proceed in 'waves', so if it's not immediately available on your Galaxy A5 (2016) or Galaxy A7 (2016) in India, don't panic just yet.