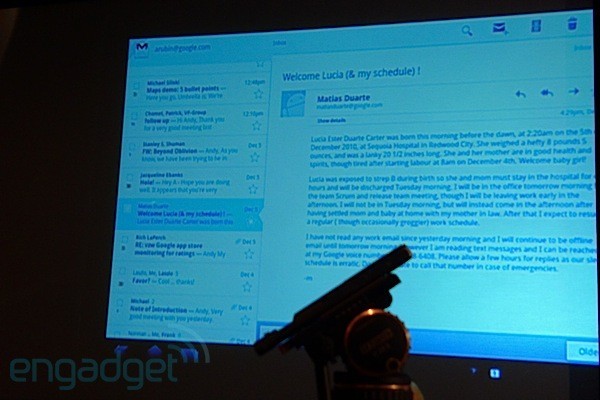 Android news was flowing at today's D: Dive Into Mobile conference, with a sneak-peek at the next version of the Android OS, along with a new version of Google's Maps client for Android.

Engadget reports Google co-founder Andy Rubin gave the conference a first look at an unnamed, heretofore unknown Motorola tablet running Honeycomb, the next iteration of Android. Details are scarce, but images captured by Engadget show a more ''desktop-like'' screen layout, with app icons laid out in a grid and what appeared to be a taskbar of some sort at the bottom of the screen. It was also noted that the tablet, which Mr Rubin said was a prototype, had no buttons of any kind visible.

The on-stage demo was the public's first look at the next version of Google's delectable mobile OS, which is set for release ''sometime next year'' according to Mr Rubin. The top Googler also left the door open for Honeycomb to appear on devices other than tablets, after conference co-host Walt Mossberg asked him whether Honeycomb was ''a version that happens to work on tablet'' or was exclusive to tablets, with Mr Rubin's reply: ''It's a bit of both''.

Mr Rubin used the Motorola tablet to debut version 5 of Google Maps for Mobile, with the biggest addition being dynamic map drawing, which will bring a 3D experience to Maps. Instead of the flat, 2D maps currently available to Android Maps users, version 5 will add full-3D buildings to more than 100 cities, along with the ability to pan and tilt to gain a different perspective on an area. 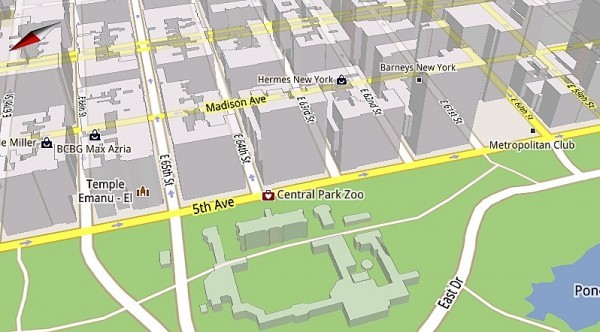 Google will also deliver one of the most requested features for its mapping client - offline caching. As the name suggests, Maps 5 will cache frequently travelled-to and searched locations and users can change their route in Google Navigation while offline, provided the route maps have previously been downloaded.

Most modern Android phones will be able to use the new Maps client, which Mr Rubin said would be available ''in coming days''. The compatibility list at this point includes the Galaxy S, Droid original, X, 2 and Incredible, HTC Evo, HTC G2 and the newly-announced Nexus S. Other handsets will be able to use varying aspects of the new client, depending on their hardware capabilities.