With Google I/O just around the corner, the Internet giant is expected to show off the progress of their app market and the staggering growth that it's seen. Last month alone, the Android Market had over 9,000 app submissions. Back in January, the Android Market hit the 30,000 apps mark. Now, just 4 months later, AndroLib.com is reporting the Market to be nearing the 50,000 mark.

The plethora of new apps being introduced into Google's app store means more opportunity for developers to make money. On that note, it's been nearly impossible for Android users in many foreign countries to get their hands on paid apps (Google Checkout is not available everywhere). Phandroid has pointed out that sometime in Q2 2010, PayPal will become a payment option in the Android Market. No longer will users be limited by their geographic location. If you're worried about Google knowing too much of your personal information, this would be a great way to limit yourself from their services, while still enjoying their products. 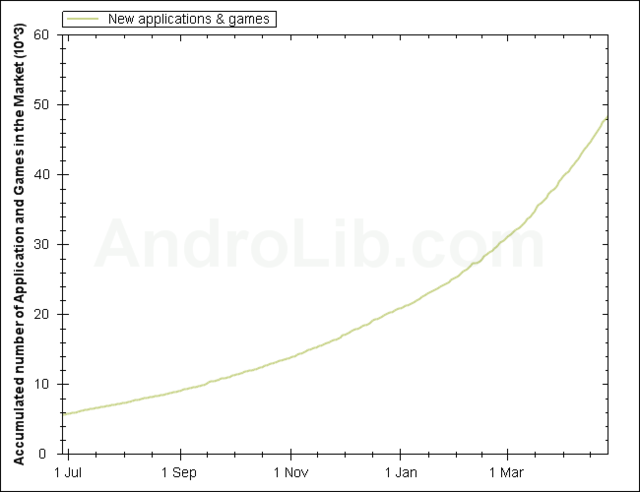