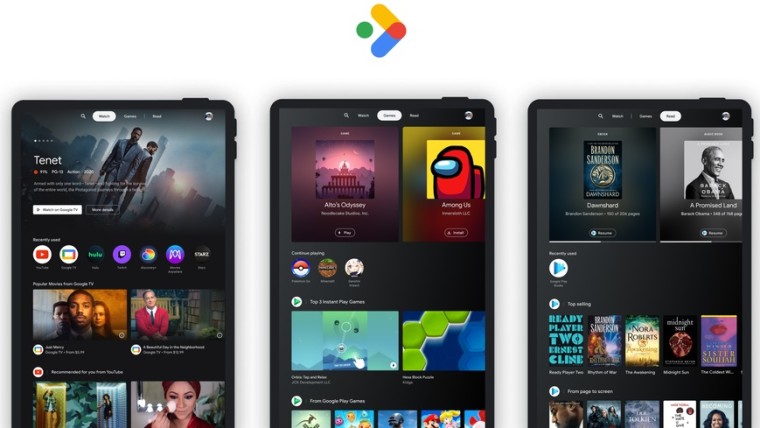 Google has announced a new feature for Android tablets, called Entertainment Space. Inspired by last year's Kids Space that debuted alongside some Lenovo tablets, this new feature is designed to make it easier for users to browse and find shows, games, and books to pass the time.

The Entertainment Space interface is split into three major tabs: Watch, Games, and Books, and each one does what you'd expect it to. In the Watch tab, users can view content from all the services they have accounts for. The interface will surface content from all the available services, including recommendations based on your history and the ability to quickly jump back into something you were watching before.

The Games and Books tabs are a bit more limited in scope, since you can only rely on Google Play Games and Google Play Books. Each category will feature popular content at the time and highlight games you've playing or books you're currently reading. Some games also support Instant Play so you can get started without any downloads, while books offer free previews so you can know more about them before committing to a purchase.

The Entertainment Space is coming to Walmart onn. tablets later this month, and tablets from other brands such as Lenovo and Sharp will also add it later in the year.