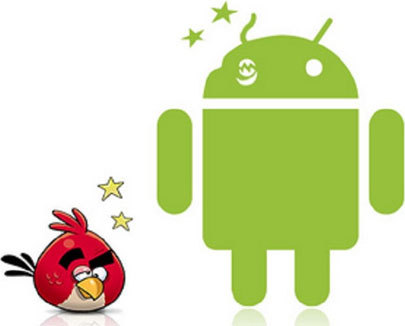 One of the key developers behind hit mobile game Angry Birds has given a scathing appraisal of the future of paid apps on Google's Android platform.

In an interview with Tech n' Marketing, Rovio Games developer Peter Vesterbacka left no one in doubt as to his views about the future of Google's mobile OS.

''So many different shops, so many different models...Open but not really open, a very Google centric ecosystem. And paid content just doesn’t work on Android,'' he said. He later added that ''nobody has been successful selling content on Android.''

The free, Android version of Angry Birds was launched on Silicion Valley-based app store GetJar before being added to the Android Market following overwhelming demand for the game. Mr Vesterbacka said Rovio plans to offer a paid, advertising-free version of the game, but the company does not expect it to be ''a huge revenue stream.''

He pointed the finger at carriers for ''messing with'' the Android experience and adding to the complexity of the platform. Mr Vesterbacka also dismissed concerns over the fragmentation of the Android platform, saying it wasn't ''a huge problem''.

''Steve [Jobs] is absolutely right when he says that there are more challenges for developers when working with Android. But that’s fine, developers will figure out how to work any given ecosystem and as long as it doesn’t cause physical pain, it’s ok;-),'' he said. Mobile development is a ''fragmented world'', he added.

He was unequivocal when asked which app store model is working best for developers.

''Apple will be the number one platform for a long time from a developer perspective, they have gotten so many things right. And they know what they are doing and they call the shots,'' he said.

With Angry Birds an undeniably huge hit on iOS and one of the most popular Android apps, Mr Vesterbacka's opinions likely carry more than a little weight in the mobile development community and could come as a disincentive to developers looking to make a move into Android development.

''The [Android] platform is hampered at a critical point – the point at which customers download additional content for their phones. Or, to put it another way, the point at which they continue to part with their cash,'' he said.