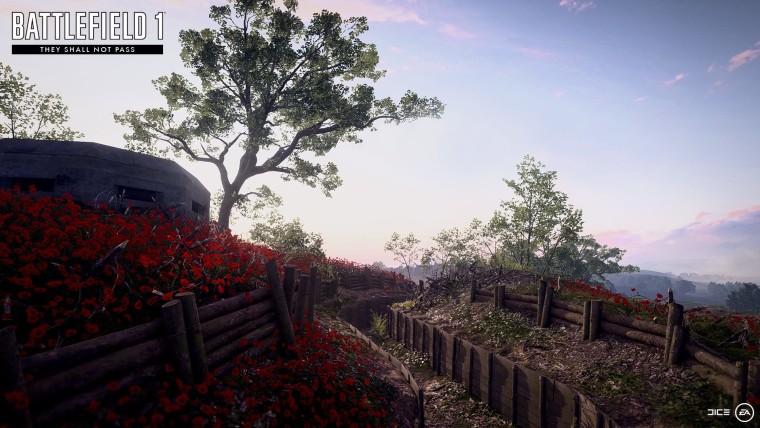 The final expansion for Battlefield 1, Apocalypse, landed in February, bringing five new maps and more to premium pass owners and to those who purchased it standalone. However, DICE is continuing to pump out monthly updates for the popular World War 1 shooter, with it announcing today that a map from the 'They Shall Not Pass' expansion is available to everyone starting now, free of charge.

The map in question is Rupture, which is set "during the Second Battle of the Marne, characterized by its poppies growing over rusty wrecks." This marks the third map from the They Shall Not Pass expansion to be made free to all players, behind Nivelle Nights and Prise de Tahure.

DICE is planning to giveaway even more maps from the expansion in May, but no definite dates or names were shared.

Beyond that, a new game mode based on the popular Operations mode is incoming in June titled Shock Operations. Described as "Bite-sized epicness," this mode has the same sector based battles seen in the regular Operations mode, but the difference is that it does not span across multiple maps, allowing for shorter play sessions for those who desire it.

The maps that will be accessible in this mode are "Giant’s Shadow, Prise de Tahure, Lupkow Pass, Zeebrugge, and River Somme," with all players also getting access to this mode. However, note that since some of these maps are exclusive to those who own the corresponding expansions, regular players will only get access while playing the Shock Operations mode.

According to the developer, once the June 2018 update hits Battlefield 1, it will mark the end of monthly updates for the 2016 title. Although anticipated, the timing for halting updates makes sense, since EA is gearing up to reveal the next Battlefield game at E3 this year, which is also set in June.