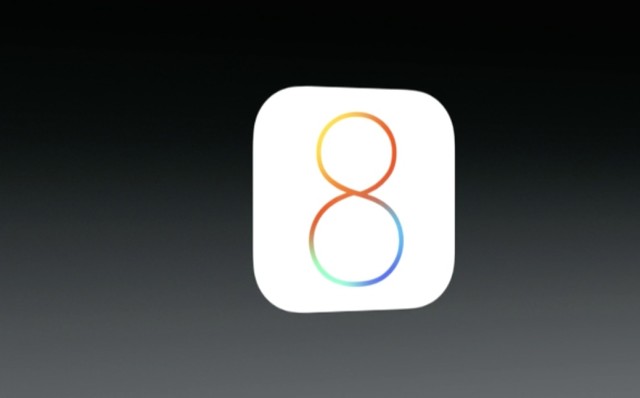 Apple has announced iOS 8 at WWDC 2014 and it is the next generation of the platform that brings a suite of new features to the popular smartphone and will be available later this year.

Notification center has been updated to allow for quick responses and easy management of notifications. There is also a new way to quickly access your frequent contacts too.

In Safari, a new tab-view is coming to the iPad with 'birds eye view' and the iPad also gets a sidebar navigation panel.

Mail on the iPad has been overhauled with new gestures and tagging support. Composing messages now has a 'multitask' type view where you can hide messages to view other content while writing an email.

Spotlight has also been updated which means improved search across your device and the web. It's a more cohesive search that makes it one location to find content locally and on the web. Apple calls the new feature, 'Spotlight Suggestions' and it brings more relevant content to the top of your searches.

Apple is also introducing predicative typing suggestions and it is context sensitive too. For example, if someone asks you "Do you want to go to dinner or a movie?" The quick type feature will suggest dinner and movie, for faster responses and the feature supports many different languages.

Text messages has been updated with iMessaging now allows you to name a thread, mute it, and remove yourself from a conversation. There is also a new gesture feature where you can tap and hold the microphone icon and by sliding up you can create an audio/video message. You can also now share your location with people in the message thread and you can set a time-limit to share your location too. 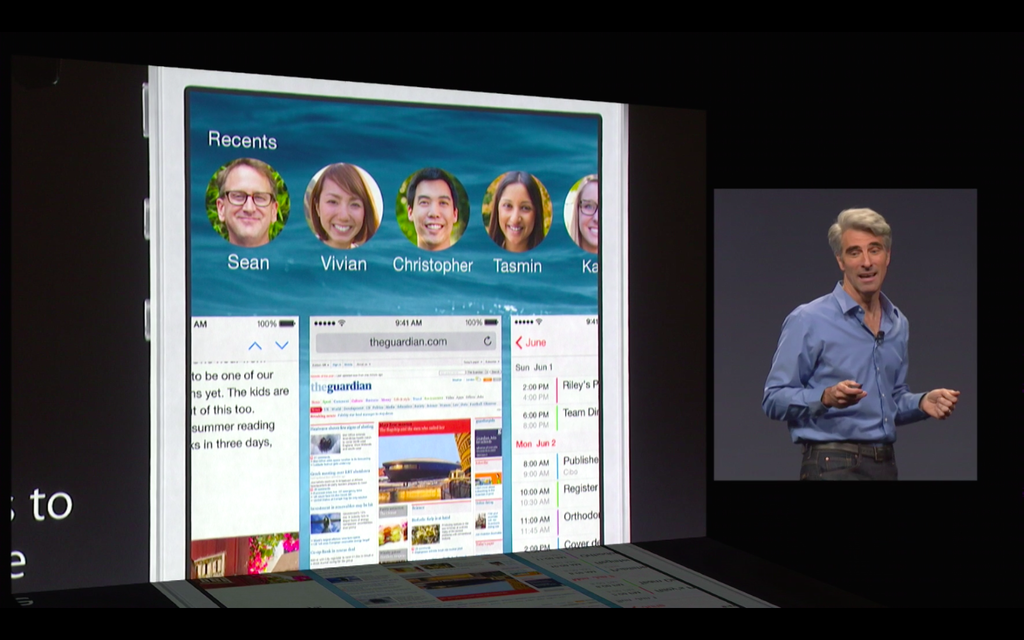 Enterprise support has also been enhanced with automatic configuration right out of the box and with iOS 8, there is expanded data protection and per message SMIME. Across the board Exchange support has been updated and management support for books has been introduced too.

Healthkit is also a big part of iOS 8 and it allows for third-party devices and services to track and monitor your vitals and metrics. There is also a service that can connect to hospitals as well. The Mayo Clinic helped Apple develop this service and what it can do is help you identify when your vitals venture outside your 'normal' range of health. If this occurs, it can contact your doctor for faster medical advice.

Family Sharing is coming with iOS 8 that allows you to share your location and find lost devices. You can also now share purchases as well with all the members of your family which should make many parents quite happy. You can share with up to six family members, as long as you all have the same credit card on file. Also, if you are using the sharing feature and a member tries to purchase something, it will prompt the card owner for approval which will surely cut down on 'accidental' purchases.

Photo search and suggestion has been overhauled to help you find your photos and the editing features inside the photo apps have been enhanced as well. In short, editing photos now uses fancy new algorithms to help enhance photos without having to manually adjust each setting.

Siri will get Shazam integration, streaming voice recognition (it now types out what you are saying in real-time) and 22 new languages.

Third-party support is also improved with developers now able to create widgets inside the notification center, create filters inside the photos app and plug-ins inside of Safari on iOS. And a big feature many users have wanted, third-party keyboards can now be installed such as Swype.

Touch-ID support has been expanded with developers now able to access the finger-print sensor.

Homekit is Apple's take on a common-network protocol so that only your device can open your garage door or unlock the front door. The idea being that a secure connection is now built into iOS so that you can securely control your home with your phone.

All of these changes are coming with iOS 8 that will be released in the Fall likely with the release of the iPhone 6.