It's no secret that Apple's phones and tablets sell in enormous numbers (although its iPad sales did actually go down last quarter). But unlike Microsoft, which keeps sales figures of its own Surface tablets to itself, Apple has no qualms about sharing details of its sales performance. 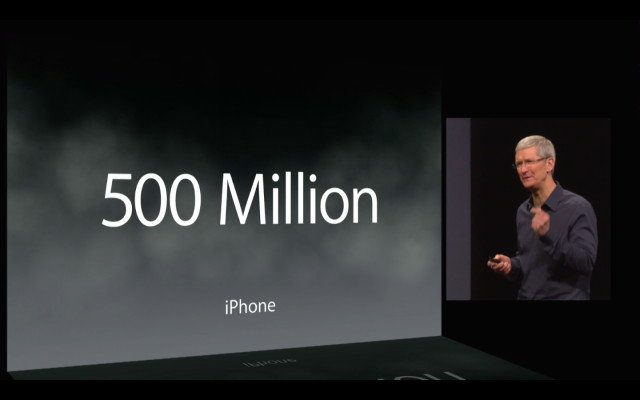 At its Worldwide Developer Conference (WWDC) today, Apple revealed that it has sold over 800 million iOS devices so far - an increase of 100 million since September 2013. A staggering half a billion of those sales were iPhones - a remarkable figure by any reasonable measure.

Apple CEO Tim Cook also revealed that the company has sold 200 million iPads and around 100 million iPod touch devices too. He added that, since the launch of iOS 7 last year, 89% of users have upgraded to that most recent version. 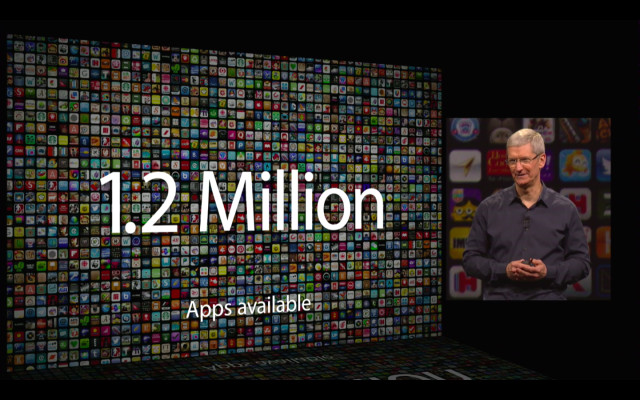 Cook also shared some stats on the state of the iOS software ecosystem. The App Store now has over 1.2 million apps available, with over 300 million visitors each week. He made a point of noting that "these people aren't just browsing, they're downloading", with around 75 billion apps downloaded so far.

This article was updated after publication to make a small correction: we originally stated that 97% of the installed iOS base had upgraded to iOS 7 - the correct figure is 89%. The 97% figure refers to customer satisfaction, according to a Changewave survey cited by Tim Cook.