Apple has announced a voluntary recall of some AC wall plug adapters that were sold with Macs and some iOS devices between 2003 and 2010 and in the Apple World Travel Adapter Kit. In particular, the three-prong plug, which is the common type in the UK, Hong Kong, and Singapore, is affected.

According to the Mac and iPhone maker, this particular adapter is known to break and create a risk of electrical shock if it’s touched. It said that it’s aware of six such incidents around the world. The firm made clear that the recall doesn’t affect any Apple USB power adapters.

In order to better identify whether any of your hardware is affected, Apple says: 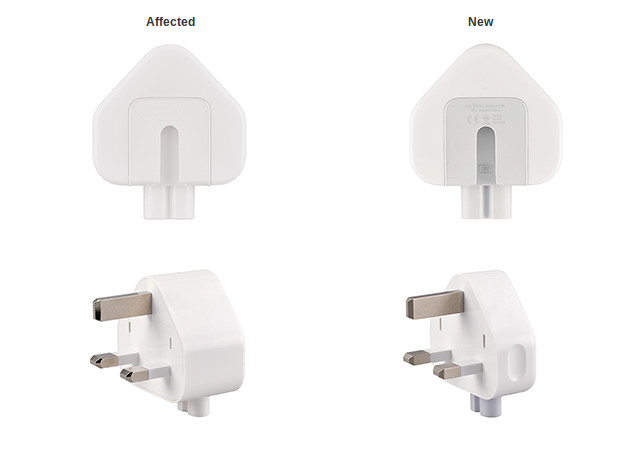 In order to better identify which model you have, be sure to check out Apple’s dedicated support page, you’ll also be able to get details about exchanging your faulty hardware for new adapters based on your location.