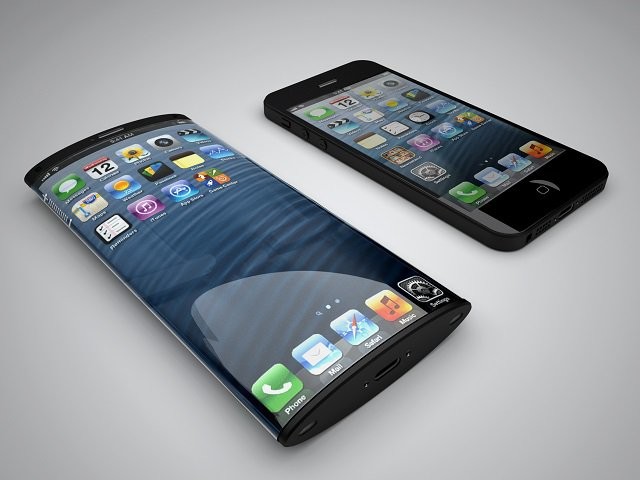 Will we see something similar to the above concept soon?

If you’re a gadget and smartphone enthusiast you pretty much know there are a few rumors that never die: Apple TV, Apple Smartwatch, and a complete redesign of the Apple iPhone. Once in a while tidbits of information come forth that seemingly confirm that some of these rumors are true, and this one of those times.

A complete iPhone redesign has been speculated about for many years now, with different models being put forth such as a “teardrop” shaped device, a larger 4.5-inch device, a slimmer iPhone with a curved screen, etc. Now it looks like at least some of those options are being considered inside Cupertino, thanks to a patent that’s come to light.

The USPTO has recently awarded Apple a patent that describes a method of creating curved touchscreens. This in itself is nothing out of the ordinary, but Samsung and LG have already launched curved-screen devices, and this leads some to think that with this patent Apple may soon follow suit.

Of course it’s a lot more likely that the company is simply covering its bases and this, like so many other patents, won’t result in an actual product.