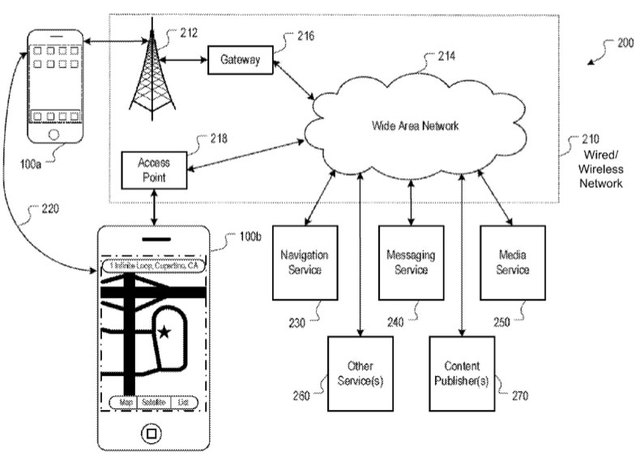 Apple has been on the receiving end of criticism lately over its handling of location data. But Apple appears to be pushing ahead with new creative ways to use its own location database and crowd-sourced data, according to a patent filing named "Dynamic Alerts for Calendar Events." Should this technology make its way to future iOS releases - most likely beyond the upcoming iOS 5 - it will either be a greater convenience for users who rely on their mobile calendars to be punctual, or it will be another sticking point for critics to jump on Apple over the use of customer-identifiable data.

The patent filing, which was discovered by AppleInsider, offers a substitute method for users to set a timed reminder for their calendar events. Instead of the user guessing a time interval beforehand, the calendar application could take the user's current location, combine it with historical traffic reports, and determine an appropriate time to alert the user of their upcoming appointment.

The application can also use GPS signal information and crowd-sourced data, such as road closure information, public transit schedules, or weather reports to further enhance the approximate time the user needs, or an optimal route to take. In addition to a user's own personal calendar, the functionality can be extended to public events such as concerts, store openings, movies, or other events in their city.

The availability of this service is still a few years off, as Apple mentioned in their letter addressing location gathering concerns. The eighth paragraph mentions "an improved traffic service in the next couple of years."