Today, the U.S. Patent and Trademark Office has granted Apple a patent for acoustic fingerprint imaging technology. This has further strengthened the rumors that have been floating around for months now, claiming that Apple will embed its Touch ID sensor under the display of the upcoming iPhone. In fact, a few weeks ago, photos of the device were released which indicated the absence of the Touch ID sensor. 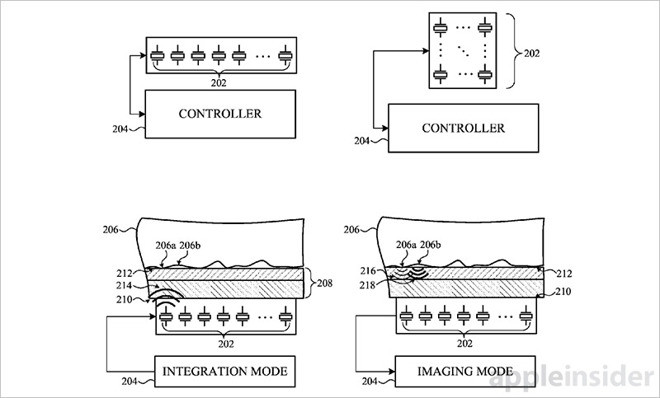 This technology helps in gathering biometric data, specifically a fingerprint, through the use of ultrasonic transmission and detection. This method achieves user authentication through the processed fingerprint images, similar to Touch ID. However, importantly, acoustic imaging technology does not require optical access to an evaluation target, which essentially means ultrasonic transducers can be embedded beneath the display. Further information regarding the operating of acoustic imaging can be obtained by reading Apple's U.S. Patent number 9,747,488 in detail.

Rumors suggested that Apple might scrap Touch ID for any future smartphones to be released by the company. This new tech could also help in eliminating the home button altogether, ensuring a bezel-less OLED display. These reports were further aided with the leak of Apple's HomePod firmware, which hinted at the removal of Touch ID. It will be interesting to see if acoustic fingerprint imaging technology makes its way to upcoming Apple devices.

Source and image: USPTO via AppleInsider