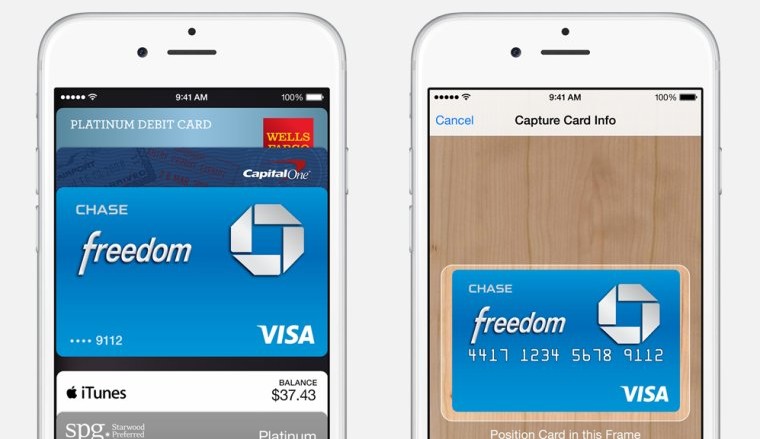 Apple seems to be planning to launch their mobile payment service in Canada this fall; this could possibly mark the start of International expansion of Apple Pay.

According to a report from Wall Street Journal, the company is currently in talks with six of the biggest banks in Canada which include Royal Bank of Canada, Toronto-Dominion Bank, Bank of Nova Scotia, Bank of Montreal, Canadian Imperial Bank of Commerce and National Bank of Canada about a potential launch in November.

These banks account for almost 90% of retail bank accounts in Canada, thus the launch of this service would definitely prove to be a useful addition for the Canadian users. The launch will enable them to make mobile payments for both credit and debit card using their iPhones; the proposal also includes making payment through upcoming Apple Watch.

However, though the banks are working towards an agreement, they aren't happy with the fee proposals put forward by Apple. Also, they are concerned about the security vulnerabilities with the platform as well.

Canadian banks actually want Apple Pay to require a secondary authentication to verify customer information before the cads can be linked with the service. The verification can be done either by entering a PIN or by one-time passcode sent via text message.

At this stage, it is still not clear whether all the six banks will launch the service together or there will be a time gap between their launches.