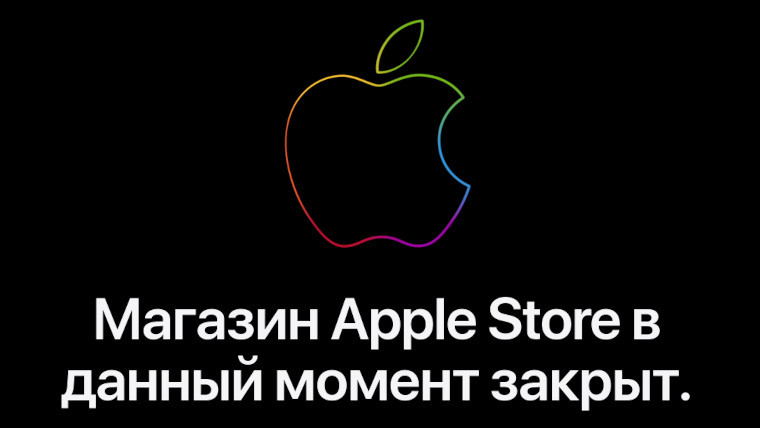 In a dramatic move, Apple has decided to stop selling its products in Russia due to the country’s aggression towards its neighbour, Ukraine. Furthermore, the company has taken action against the RT News and Sputnik News apps by removing them from the App Store outside of Russia. Those two outlets have been accused of spreading propaganda and firms like Google and Microsoft have taken action against them too.

People who go to the Russian version of Apple’s website can still browse products but attempting to buy any of the products will display the following message: "Магазин Apple Store в данный момент закрыт. - The Apple Store is currently closed." The message is shown across all devices so people in the country can not purchase iPhones, Macs, or any other products.

In a statement about the issue, Apple said:

“We are deeply concerned about the Russian invasion of Ukraine and stand with all of the people who are suffering as a result of the violence. RT News and Sputnik News are no longer available for download from the App Store outside Russia.”

Other actions Apple has taken include disabling traffic and live incidents in Apple Maps in Ukraine to protect citizens, and Apple Pay, among other services, has been restricted in Russia.

If these sanctions on Russia stay in place, it’s likely that Apple’s products and services will dwindle to insignificance in the country alongside other products and services from other companies that have decided to stop operating in Russia. President Putin has previously stated that Russia is now a self-sufficient ‘fortress economy’ and in many tech fields, this is true. There are several Russian-made operating systems, search engines, social networks, and so on, that the country could fall back on.

Via: The Independent (Yahoo! Finance)