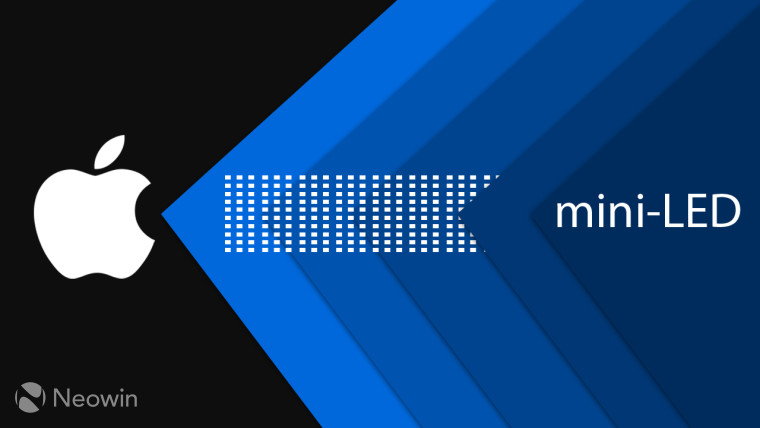 Apple has been rumored to be working on mini-LED backlighting technology for the LCD displays on its products. Multiple reports from earlier this year suggest that the company plans to unveil select MacBook and iPad models later this year sporting the mini-LED powered screens, with one report even hinting at a new 14.1-inch MacBook Pro slated for Q4 this year. The firm uses OLED displays for its iPhone and Watch offerings.

Now, a report from renowned analyst Ming-Chi Kuo (via 9to5Mac) suggests that the company will be releasing a mini-LED display sporting iPad Pro, which will be the firm’s first product based on the new backlighting technology. Today’s note comes just days after the analyst predicted that the company will be ramping up the adoption of the technology, bringing it to more models in the coming year thanks to the addition of a second supplier for mini-LED chips. The added supply not only increases availability but also reduces costs due to the competition.

Today’s report corroborates earlier predictions of the Cupertino giant’s plans of releasing a mini-LED version of the 12.9-inch iPad Pro running an A14X processor. Kuo says that Apple will be negotiating prices for the chips further, resulting in a 50% drop in prices in 2021, adding that the technology has gone from the development stage to “economy of scale”. Thus, lower production costs, competition between suppliers, and Chinese government subsidies could further drive costs down for Apple.

Mini-LEDs bring improvements to LCD displays such as deeper colors, better contrasts, and more. Since these chips are smaller – and therefore more in number – than traditional LEDs, they can also offer better local dimming, rivaling OLED displays.

As for the earlier rumored MacBook Pro laptops, it is not clear if the company will be releasing mini-LED versions this year. The iPhone company is reportedly slated to release a 13-inch ARM-based MacBook Pro later this year, with the rumored 14.1-inch refresh planned for Q3 2021.