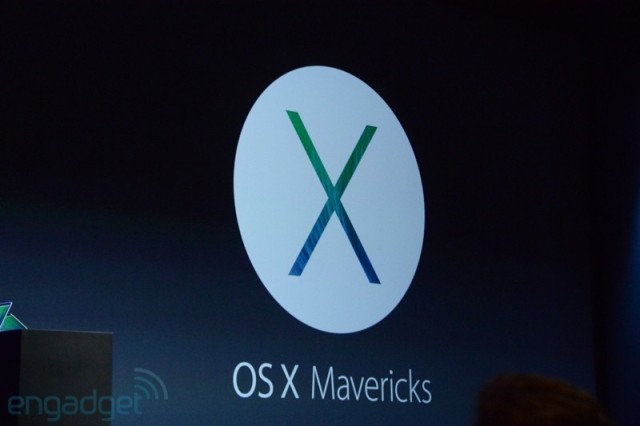 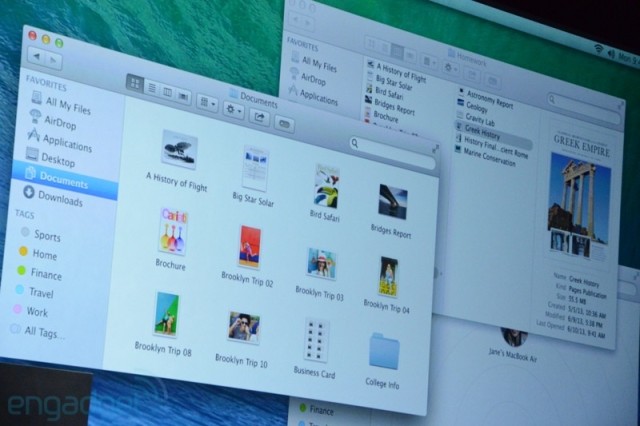 It's long been an issue on the Mac; multiple Finder windows would float around your screen, dodging behind other windows and causing confusion. Now Finder has tabs, just like a web browser. Documents can be dragged from one tab to another, tabs can be dragged out of the window to create an independent window and existing windows can be condensed back into tabs. 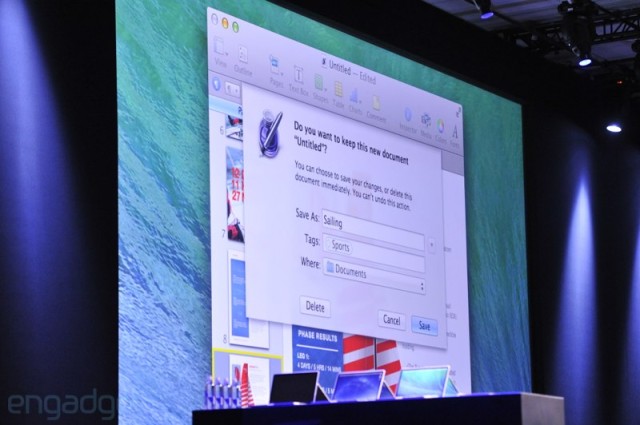 Documents, images and media content can now use tags for easy categorising and searching. While the Spotlight feature has always been met positive critical acclaim, finding specific documents without delving into folder after folder has been very difficult before now. With the ability to tag documents, a single Finder window can be opened and documents are categorised under default or custom tags. 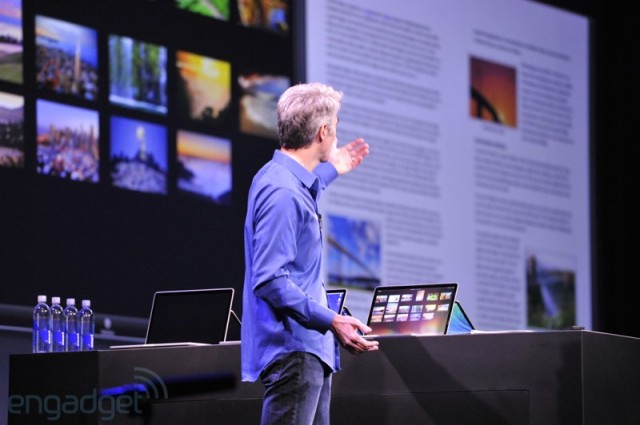 As early as OS X Lion, Apple introduced full screen applications to its desktop OS. It was, however, frequently useless when using multiple displays. Now, however, you can independently browse between your spaces (desktop environments) on each display, and most notably conduct operations within a full screen application whilst leaving your other desktops untouched.

Extending your Mac's screen real estate through AirPlay to an Apple TV has also been improved. Your TV can now act as a true, full-resolution external display with its own spaces and full-screen apps. 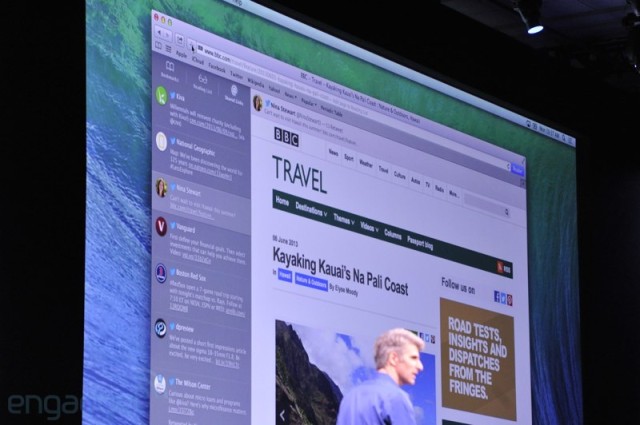 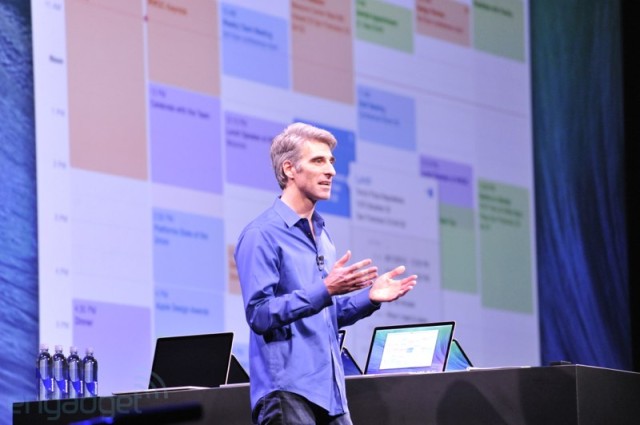 Finally, Mavericks will bring both Maps and iBooks to the desktop, with new stock apps included in the update. You'll notice Apple's mapping platform is significantly faster and more accurate than when it was first unveiled. iBooks will also be appearing on the desktop, with the store integrated into the existing App Store desktop environment.

Calendar offers a significantly flatter and cleaner design than the skeuomorphic mess we're used to. OS X chief Craig Federighi made sarcastic references to the previous designs of Mac applications pioneered by Scott Forstall, saying, "The Calendar app stays there even without that stitching, amazing, right? ...no virtual cows were harmed in the making of this app." 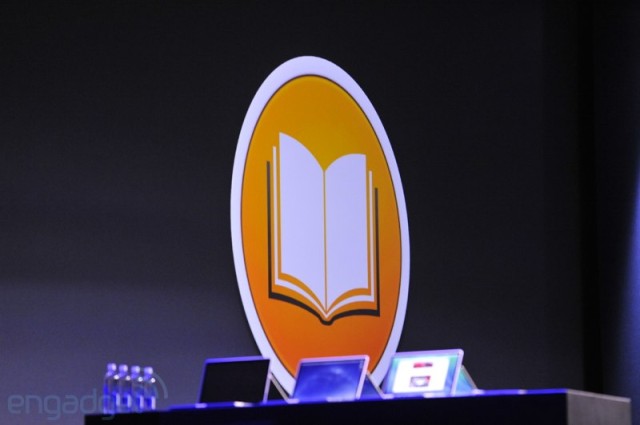 OS X Mavericks is available today as a developer preview and will be available this fall for the general public.

Stay tuned to Neowin for all further WWDC 2013 updates.