I like how Apple Maps got us right to the acute care clinic we were looking for this AM. Oh wait, it took us to a trailer park. Not joking.

Apple launched iOS 6 for its family of iPhone, iPad and iPod Touch devices on Wednesday. One of the biggest new features of the mobile operating system is the new Maps app, which replaces the well established and well researched Google Maps app.

While Apple's Map app has some cool features, including 3D city maps based on real photos for some locations, it is also being slammed for lots of seemingly obvious mistakes. 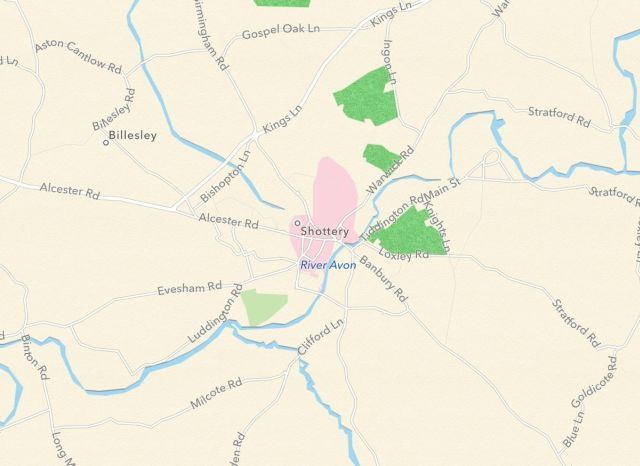 The UK edition of the Huffington Post has listed some of the more glaring errors in the iOS 6 map app. One of the biggest is not showing Stratford Upon Avon, which is the birthplace of a little known playwright called William Shakespeare. Other errors include showing stores on the map that have been closed for years and labeling a 35 acre farm in Ireland as an airfield.

Awareness of the issues is continuing to spread far beyond the tech community and into the top headlines of major news outlets. News of the problems faced by Apple's new mapping software has remained the most read article on BBC News for much of the day.

News.com reports that Tom Tom created some of the data for Apple's iOS 6 map application (among a dozen or so companies). A statement from the company said, "We are confident about our map quality, as selling 65 million portable navigation devices across the world and more than 1.4 million TomTom apps for iPhone in the past two years reaffirms this quality." 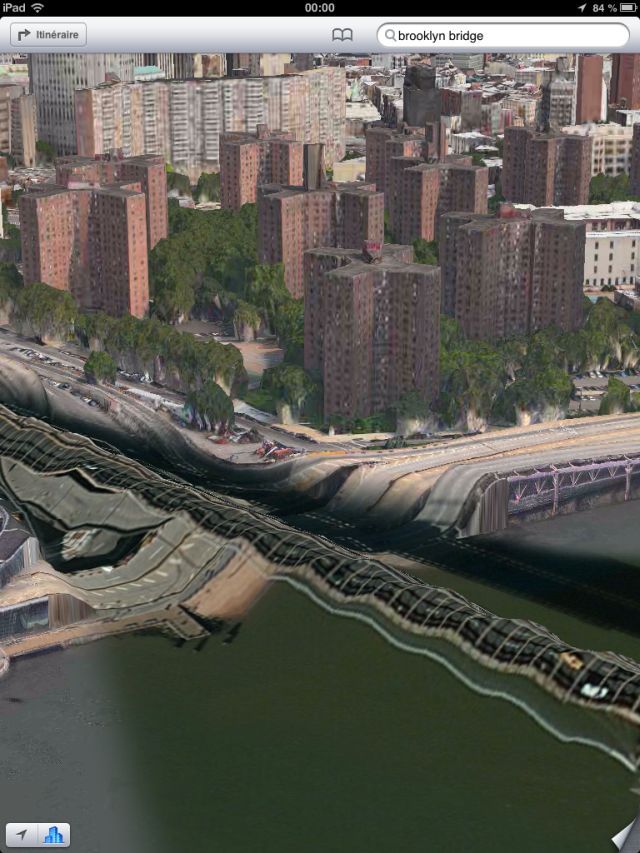 Update: The Tumblr site, The Amazing iOS 6 Maps, has been busy collecting user-submitted images that show Apple's lack of quality control over the images in the map application. Here is one example, which shows the Brooklyn Bridge in New York City, one of the most well known landmarks around the world, that's warped beyond all recognition in the iOS 6 map app. 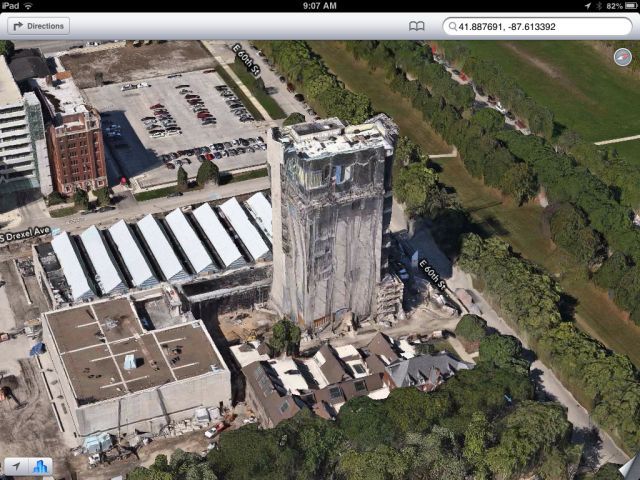 Here's another example, showing a building on the University of Chicago campus that looks like it's been melted in a big microwave.