Apple’s iPhone 8 topped the global best sellers list for the month of May according to data from Counterpoint's Market Pulse, a tool used for analysing the smartphone market. The iPhone 8 was trailed by the Galaxy S9 Plus, iPhone X, Xiaomi Redmi 5A, and the iPhone 8 Plus. Apple will certainly be pleased that it managed to top the list as its iPhone 8 was rated as fifth best-selling the month prior in April.

The main reason given for the iPhone 8’s pull-ahead was strong promotions. Apple’s ‘How to shoot on iPhone’ campaign before the World Cup helped drive interest in Apple products in Europe and other markets. 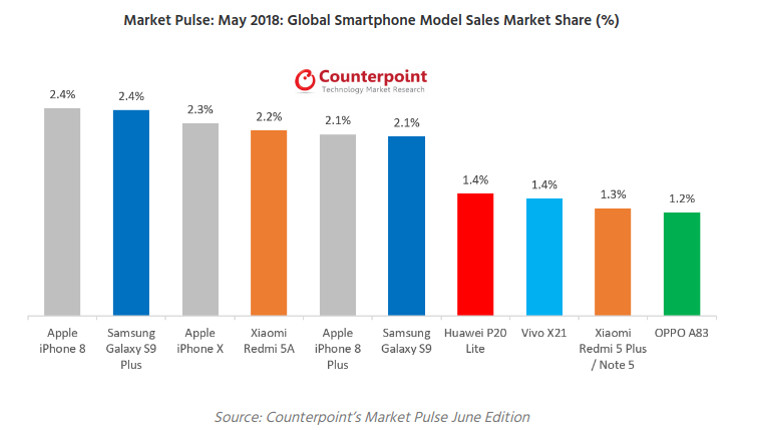 As for Apple’s other phones, the iPhone X remained steady from April to May retaining 2.3% of the global smartphone sales market share - this kept it in third place. As for the iPhone 8 Plus, this slipped from fourth place in April with its 2.3% market share to fifth place in May with 2.1%. 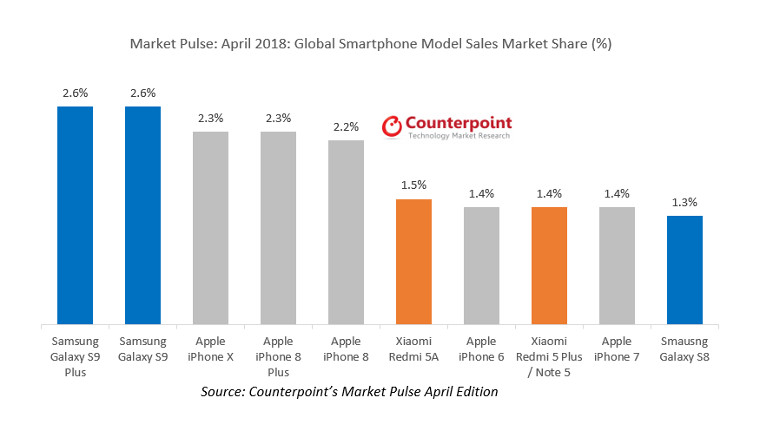 Apple is due to reveal a new roster of phones in September this year so it’s interesting to see the iPhone 8 pick up now. Although Counterpoint didn’t mention this, one of the reasons that iPhone 8 could have picked up is precisely because of the new iPhone models coming down the pipeline; there are big savings to be made right now on the iPhone 8 at various retailers.

Let us know in the comments whether these results surprised you with the iPhone X largely overshadowing the iPhone 8 with it's new notch design.