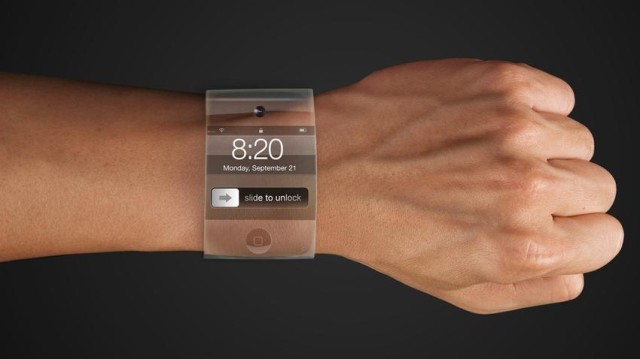 The smart watch space has been heating up recently with more and more companies piling on and either producing, or committing to producing, a wearable device. We've seen efforts from Samsung, LG and Motorola with rumors that Microsoft will release one, too. One company that has stayed quiet on the smart watch front is Apple who went through the whole WWDC keynote without mentioning or hinting at one.

Re/Code is reporting that Apple has "tentatively" set the announcement date for their smart watch - which has been dubbed by the technology press as the 'iWatch' - and, according to the report, will link heavily into the fitness and lifestyle services Apple announced in the form of HealtKit. The report notes that the release date could be subject to change but as of now the it is set at October.

The watch will likely run a version of iOS with apps and tight integration with iPhones and iPads. Nikkei is hearing that Apple is so confident in the device that production is set at three to five million units a month. Eddy Cue, Apple's VP of Internet Services, claimed at Re/Code's Code Conference that the current product pipeline at Apple is the "best product pipeline that I’ve seen in my 25 years at Apple."