Google UK caused outrage across the internet this morning by replacing the Google logo on their homepage with a doodle celebrating Honinbo Shusaku on the 70th anniversary of the World War II D-Day landings.

Shusaku, from Japan and famed for his exceptional skills at the Chinese strategy game of Go, would have been 185 today had he still been alive. Many think that Google should have paid tribute to what is generally viewed as rather more significant though.

Whilst other companies, notably Twitter who tweeted the events of D-Day at the exact times they happened live, gave their respects and were appreciated by the world, Google found themselves being bombarded with complaints about the distasteful doodle according to ArsTechnica.

Many people took to Twitter to vent their disgust. One wrote "70th anniversary of D-Day today and Google has cupcakes as their header, shameful!" as a direct hit against the search giant.

The company quickly pulled the doodle from Google UK and reverted to the default Google logo for the occasion. A link was added entitled 'Remembering D-Day' below the search box that takes viewers to a page of historical documents, photos and maps of the landings compiled by the Google Cultural Institute. 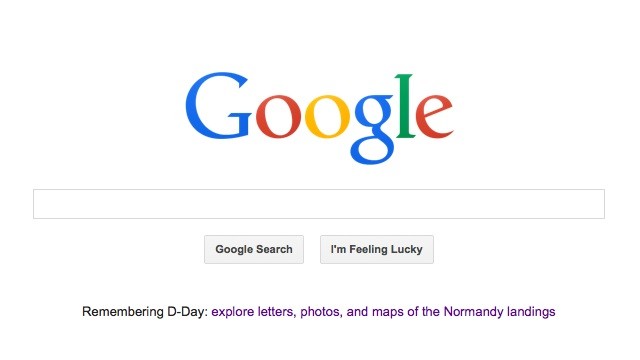 Google has become famed for celebrating public events and birthdays with its colorful doodles. They have grown from simple images to fully-animated, interactive affairs designed by a special team within the company and are enjoyed by millions every day who like the deviation from the standard Google logo as their homepage.

Today it looks as though they just got it wrong though in terms of prioritizing the events of the day. Google have not yet commented on the incident or explained how the oversight occurred.