Earlier this year, French manufacturer Archos hinted that it was considering launching its first Windows Phone, saying that it would do so "when the time is right". Apparently, the time is right now, as the company has announced its new 40 Cesium Windows Phone 8.1 device, and it comes with a remarkably small price tag. 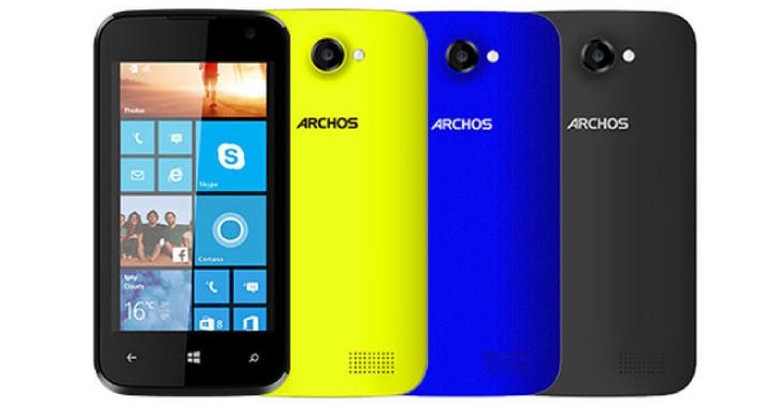 Like many companies that are launching their first Windows Phones this year, Archos is targeting the lower end of the market with its début device.

The 40 Cesium comes with an "ultra-clear 4-inch" display and a quad-core Qualcomm Snapdragon 200 chipset, and will be available with three colour cases: black, blue and yellow. Notably, the device also includes hardware buttons on the front; some other manufacturers have relocated the Back, Start and Search buttons to be shown on-screen instead.

Full specs have not yet been announced - the company will offer more information on the new handset when it is shown at next month's IFA trade show in Berlin. The company has, however, revealed how much the device will cost, and it's good news for buyers on a budget - the 40 Cesium will go on sale in September for just $99 USD, £79 GBP or €79 EUR off-contract.

That price will put it head-to-head with Microsoft's latest entry-level device, the Lumia 530, which also features a quad-core Snapdragon 200 and 4-inch display.