French hardware brand Archos launched its first Windows device - a low-cost 4-inch handset - last year, and went on to release an affordable Windows 8.1 mini-tablet too. It later unveiled the PC Stick, a $99 pocketable mini-PC with Windows 10 onboard, which it rather ambitiously called "the ultimate portable computer". 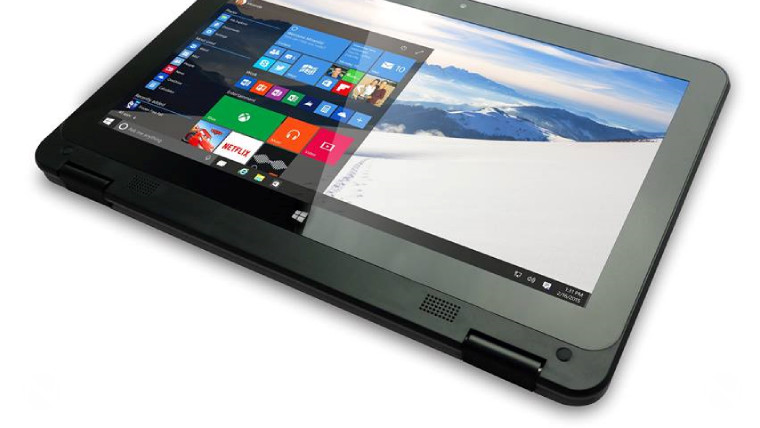 Earlier this week, Archos announced a new Windows 10 Mobile handset, the 50 Cesium, and today, it's unveiled the Flip, its first Windows 10 PC.

The Flip features the now-familiar form factor pioneered by Lenovo's Yoga devices, with notebook styling, but with a display that can fold all the way over on itself, so that it can be used as a large (and rather heavy) tablet. 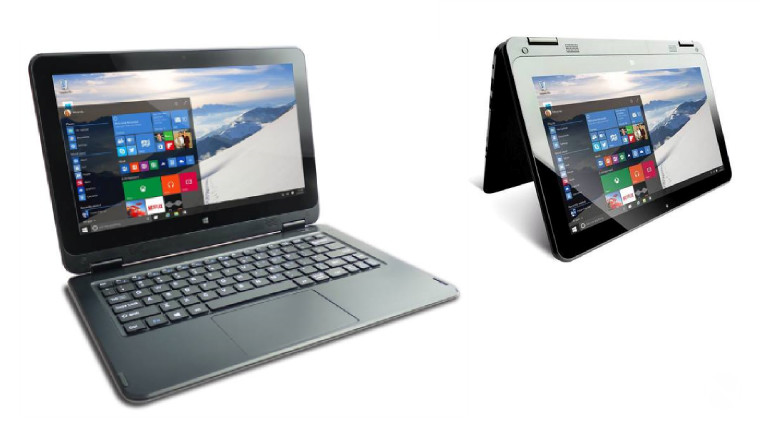 The Flip's key specs include:

The Archos Flip will be available in November, priced at €249 EUR.

By the way, we had a bit of a giggle the other day over the attention to detail in Archos' press release for its new phones, given its slightly dodgy device renders, 'London' (the first word in the release!) spelt as 'Loncon', and the spec sheet stating that the 50 Cesium would be released with 'Windows 110' on board. 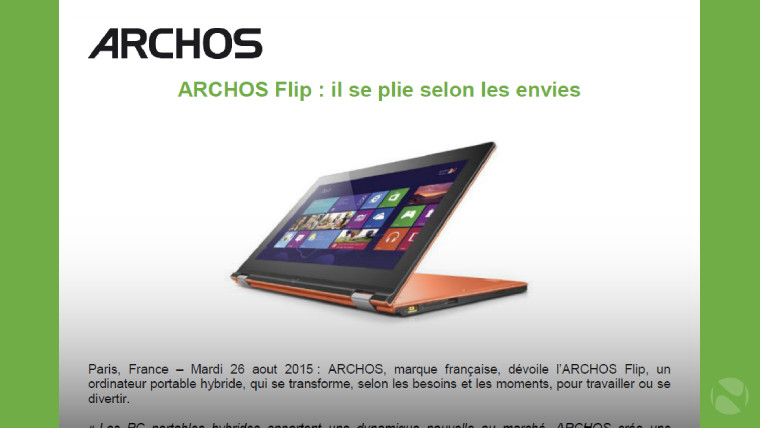 Today... well, who knows what Archos has been smoking? It's almost hard to believe, but the Archos press release (PDF) includes no pictures of the company's new device, but instead shows an image of the Lenovo Yoga at the top. Bizarre.