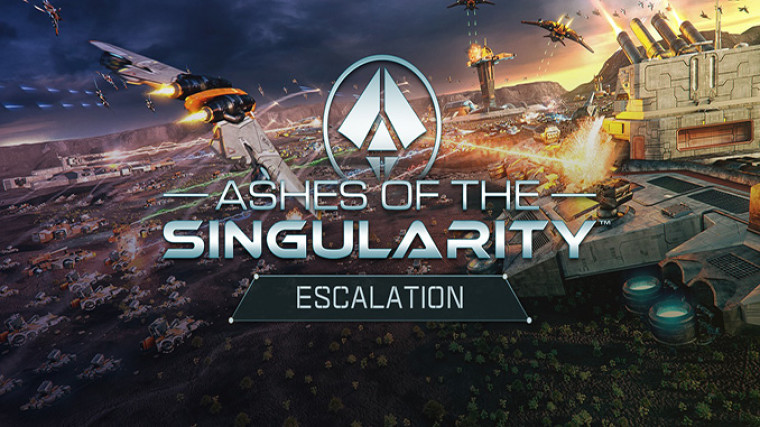 Stardock has released the v2.65 update for its massive RTS Ashes of the Singularity: Escalation. There are quite a few changes, including modifications to the campaigns and in-game menu, as well as rebalancing several of the maps.

While the changelog below has some interesting tidbits, the company recently teased more details on its upcoming DLC. There will be new scenario and multiplayer/skirmish maps, including a few that have been generally lacking from the options, such as symmetrical team-oriented 5v5/6v6/7v7.

If you are interested in the Scenarios, here's a brief description:

The Scenarios face the players up against unique situations and battles unlike any of the existing campaign and scenario missions. In the Ascension Scenario, for example, the player needs to build up and prepare for the Experimental Eye of Darkness which has insane damage and health and is sent out against the player after a delay. Here's a sneak peak of what that looks nice!

As for the update, here is the full changelog for v2.65:

New Scenario Splash Art: We have updated the thumbnails for most of the Scenarios so that each one now has their own unique image, instead of having a few shared among them.

New Benchmark Screen: We have improved the layout and appearance of the pre-benchmark screen.

Balance: In 2.5, we reduced the health of the Assembly to make it weaker than the PHC Counterparts to compensate for its versatility. Since it can no longer produce air units, we are restoring some of that health.

Escalation: The changes to Substrate air production in 2.6 created some issues in the Escalation campaign which we are now addressing. We are also removing some outdated dialog that now provides incorrect information.

Map Changes: We're fixing some map issues and changing a few maps that had too low a proportion of Radioactives, which limited strategic diversity.

If you play Ashes of the Singularity: Escalation, you have some updating to do.